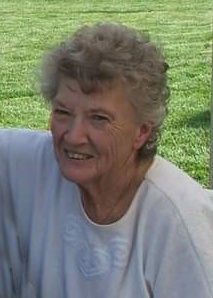 Kate was born on August 12, 1933 in Cannon Falls, the daughter of Asa and Mary Ellen (Tracy) Knowlton. She graduated from Cannon Falls High School in 1951.

She married Merlyn Larson on May 3, 1958 and they had six children together. He died on May 22, 1964 and she later married Russell Miller on June 9, 1979. She was a lifelong member of St. Pius V Catholic Church in Cannon Falls, where she was active in the CCW. She had also been a member of the VFW Auxiliary.

Kate worked at Brockway Glass, Kid Duds, and later Smead Manufacturing, retiring in 2002 after working there over 25 years. She had been a member of the union with Smeads. She later worked part-time in the mail room for Gemini.

She enjoyed visiting with friends and loved helping others. Her gentle, giving manner will be remembered fondly by her family and friends.

A memorial mass will be held on Friday, September 24 at 11:00 am, with visitation from 9:30-11:00 am, at St. Pius V Catholic Church, Cannon Falls. Interment will follow at the church cemetery.

Consider giving to ALZ.org in memory of Kate.

To order memorial trees or send flowers to the family in memory of Kathryn Miller, please visit our flower store.