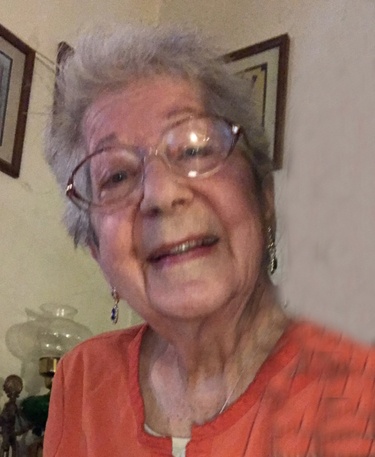 Amelia Clara Pommerening was born on November 12, 1925, in Herreid, South Dakota. She grew up and went to school in that area. Following her schooling, Amelia answered an ad in the newspaper seeking workers on a farm raising flowers in Minnesota. It was while working this job that she met Melvin Pommerening of Long Prairie. The two were married in the late 1940’s. They lived in various locations around the Twin Cities including Long Prairie and Minneapolis. In 1960 they moved to Hampton and began farming. In addition to being a farm wife and homemaker, Amelia worked for Sheldahl, Hudson Sprayer in Hastings, Berquist, and Treasure island Casino. She was a member of the Church of St. Mathias in Hampton.

Survivors include her children Donald, Dennis (Marsha), Richard, Steve (April), Tim, and Tom; 14 grandchildren; many great-grandchildren, two great-great-grandchildren; brothers Benny, Tom, and Tony; as well as nieces and nephews. She was preceded in death by her parents, her husband Melvin, and sons Michael and Patrick.

To order memorial trees or send flowers to the family in memory of Amelia Pommerening, please visit our flower store.