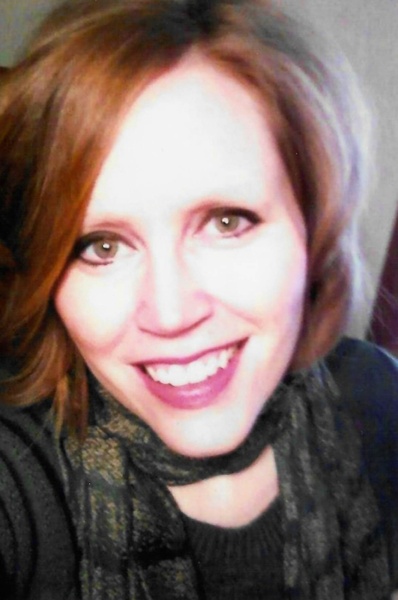 Andrea Deacon age 47 died on December 18, 2021, surrounded by her family after a hard-fought battle with cancer.

Andrea was born May 19, 1974, in Red Wing, MN, to James and Barbara (Lichliter) Deacon.  She grew up in Cannon Falls, MN, where she graduated from high school in 1992.  In high school, Andrea was active in tennis, speech, knowledge bowl, choir, band, and jazz band.  She attended the University of Wisconsin-La Crosse where she earned her B.S. degree in English and Middle/Secondary Education; she graduated summa cum laude in 1996.  During her four years at La Crosse, she played varsity tennis and was chosen as one of the first four students in the U.S. to serve on a national NCAA Committee – the Committee on Women's Athletics.  She went on to graduate school at the University of Wisconsin-Milwaukee where she earned her Master's (1999) and Ph. D. (2004) in English/Rhetoric and Composition.

In 2004 Andrea accepted a position as an Assistant Professor of English at the University of Wisconsin-Stout in Menomonie, WI, where she taught for 13 years.  During her time at Stout, she earned tenure and was promoted to Associate and then Full Professor.  She also co-founded and co-directed the University of Wisconsin-Stout Writing Center and founded the First-Year Composition Program which she directed from 2008-2014.  She was passionate about helping students become better writers and enjoyed creating and leading professional development workshops for faculty.  Additionally, she was an active researcher, presenting her work at national conferences and publishing in peer reviewed journals on topics ranging from online teaching and writing program administration to the oratory of Frederick Douglass and Reaganism and MTV.

Andrea was especially devoted to her family, enjoying travel, holiday and birthday celebrations, and yearly trips to the MN State Fair.  She adored her husband Mitch and her six year-old twins, Christopher and Carly, who were the light of her life.  Mitch and Andrea married in 2012 and moved to Hudson, WI.  In 2018 they moved to Cannon Falls, not far from Andrea's mom, Barbara.

In all she did and endured, Andrea was armed with strength, quiet determination, and focus.  She also loved to laugh, watch the occasional trashy TV show, and sing karaoke, particularly 70's and 80's "yacht rock" classics.  She had a quick wit and dry sense of humor which helped sustain her during difficult times.

Andrea is survived by her husband Mitch; her twins Carly and Christopher; her mother Barbara Deacon of Cannon Falls; her brother Ryan (Brooke) Deacon and nephew Grant of Mendota Heights; and her in-laws Getta and Billy Jones of Enterprise, AL.  She was preceded in death by her father James Deacon; and grandparents James and Irene Lichliter of Eagle Grove, IA; and Edward and Mary Deacon of Laurens, IA.

Andrea will live forever in our hearts.

Memorials preferred to family.  Please include a memory you have of Andrea.

A celebration of Andrea's life will be held on January 8, 2021 at 11 am at St. Ansgar's Lutheran Church, 7459 Hwy 19 Blvd, Cannon Falls, MN 55009. There will be a visitation 2 hours prior to the service. Masks will be required. The service will be live streamed and may be viewed by clicking the link below.

To order memorial trees or send flowers to the family in memory of Andrea Deacon, please visit our flower store.