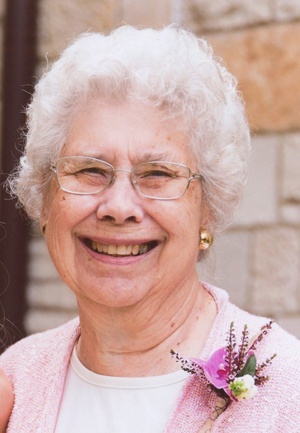 Arlene was born on January 1, 1930 in Goodhue County, the daughter of Clarence and Emma Duden. She graduated from Red Wing High School in 1948. On July 8, 1960, Arlene married Ted Benson in Red Wing. The couple farmed for many years and Arlene enjoyed being a homemaker. She was active in Our Redeemer’s Lutheran Church in Red Wing, and had served as a clerk in township elections. Arlene was also a volunteer for Meals on Wheels. She loved having people stop by and visit; the coffee pot was always on. You never left hungry. She especially loved spending time with the grandchildren and having sleepovers with them.

She was preceded in death by her parents Clarence and Emma Duden, her husband Ted Benson, sister Lorraine (Alex) Huppert, brother-in-law Tom Songlia, nephew Brett Duden; and other brothers and sisters-in-law.

To order memorial trees or send flowers to the family in memory of Arlene Benson, please visit our flower store.