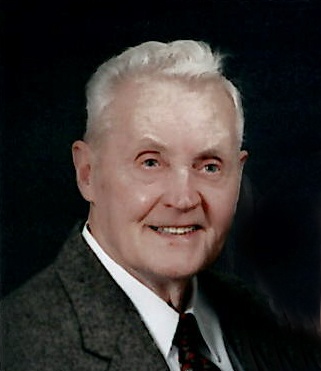 Buzz was born in Hampton Township, MN on July 6, 1930 to Arnold & Florence (Klien) Grisim. He grew up in Randolph MN, while attending Randolph High School. After an honorable discharge from the U.S. Navy, Buzz started working for Continental Telephone Company in Cannon Falls and was transferred to Blooming Prairie, where he eventually met his wife, Margaret Maixner. They were united in marriage on September 11, 1954. Buzz worked at Blooming Prairie Public Utilities and returned to Continental Telephone Company. He retired from Contel in 1990. During retirement, Buzz drove a bus for Bluff Country School Bus Service of Lake City.

Buzz and Margaret spent many years living in Cannon Falls, MN, Lake City, MN, and most recently, Northfield, MN. Buzz enjoyed fishing, coffee with friends, breakfast at The Quarterback Club, and most of all, helping people. He was a member of the Blooming Prairie Fire Department, Blooming Prairie Masonic Lodge, and American Legion Post #1982.

A private memorial service was held at Prairie Manor Chapel. Interment was in the Cannon Falls Cemetery. Lundberg Funeral Home of Cannon Falls is assisting the family. Memorials may be directed to St. Ansgar’s Lutheran Church or the donor’s choice.

To order memorial trees or send flowers to the family in memory of Arnold Grisim, please visit our flower store.