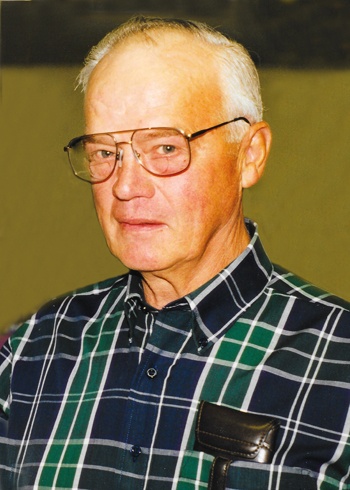 He married Delores Spillman on December 17, 1949 at First English Lutheran Church in Cannon Falls, and they raised six children.

He started working at Farmington Creamery, then as a bus driver for his uncles. He then worked at Armour’s in So. St. Paul until he could start his lifelong passion as a dairy farmer. Gardening, dancing and listening to polka music, along with family get-togethers, were his favorite pastimes.

He is survived by his wife of over 69 years, Delores; children, Bonnie Holte of Harris, Dennis (Patty) of Red Wing, Doug (Jan) and Randy (Ann), all of Cannon Falls, and Brenda Rechtzigel (Jack Ables) of Zumbrota; daughter-in-law, Cindy of Cannon Falls; 11 grandchildren and 19 great-grandchildren; and brothers and sister, Glen (Jean) of Wanamingo, Paul (Sharon) of Kenyon, Jerry (Karen) of Glencoe, and Doris Burberl of St. Anthony; and nieces and nephews.

To order memorial trees or send flowers to the family in memory of Arthur Rechtzigel, please visit our flower store.