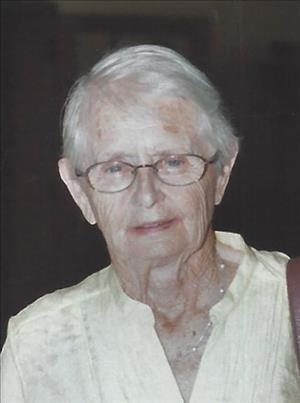 Astrid Rosamond "Ozzie" Johnson, age 87 of Red Wing, died on Friday afternoon, December 30, 2016 at the Red Wing Health Care Center, Red Wing. Astrid was born on May 27, 1929 in Belle Creek Township, the daughter of Herman William and Anna Elizabeth (Mattson) Johnson. She graduated from Cannon Falls High School in 1946. In 1950, she married Charles E. Cook. They were married for 17 years, divorcing in 1967. He died in 1989. During her marriage, they lived in Illinois and Minnesota. She was employed at Eagle Foods while in Illinois. Following the divorce, she moved to Florida. She was employed at Kraft Foods for many years at the Orange Juice Plant and Albertson's. She returned to Burnsville, MN in 1992 and later moved to Bloomington in 1993. She worked at the MSP Airport with Marriot in food service from 1988 until retiring. She was preceded in death by her parents; sisters, brother, and their spouses, Lenea (Laverne) Reese, Hamline (Joan) Johnson, Helen (Keith) Baker and Adeline (John) Saller; and special friend, Ken Robertson. She is survived by special nieces, Nancy (Jim) Vickerman of Rosemount and Grace (James) Kelzer of Richfield, and many other nieces and nephews, in addition to her sister, Ruth (Ray) Carlson of Bay City, WI. A memorial service will be held on Saturday, January 7, 2017 at 4:30 p.m. at Cross View Lutheran Church, 6645 McCauley Trail, Edina, with Reverend Toby Schmidt officiating. Interment will be held at the Cannon Falls Cemetery in the spring. Memorials may be directed to the family.

To order memorial trees or send flowers to the family in memory of Astrid Johnson, please visit our flower store.