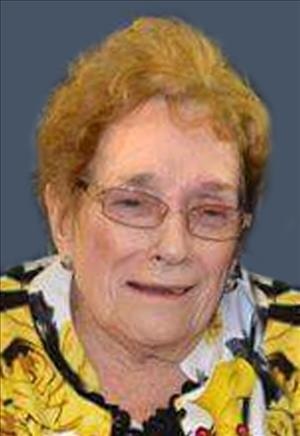 Barbara Keeney, 85, passed away peacefully May 15, 2016 at Northfield Long-Term Care facility, Northfield, Minnesota. She was married to her love, Bob Keeney, for 58 years before his passing in 2009. She was originally from Des Moines, Iowa where she was an active member and aerobics instructor of the Southside YMCA of Des Moines, retired from the Des Moines Register, and always the life of the party. They lived in Des Moines until moving to Georgia in 2008 to enjoy warm winters and their southern grandchildren. She traveled back north to live in Cannon Falls, MN in 2012 living at Twin Rivers Senior Campus where she made many special friends. Since its beginning, she helped build and nurture her daughter, Lora, women's fitness center (Fit on 4th) in Cannon Falls. She is survived by her children, Richard Keeney (Valorie) of Minot, ND, Lora Bremer (Bill) of Cannon Falls, MN, and Sue Van Nortwick (Tom) of Valdosta, GA. Her grandchildren, Sean Keeney(Andrea), Maglyn Keeney, Callie Casey (Dave), Casey Van Nortwick, Mark Van Nortwick (Angela), Wendy Davis (Steve), 14 great grandchildren, her niece, Chriss Oliver and nephew Larry Hill (Diana). She was preceded in death by her husband Bob, her sister and brother-in-law Mary Hill (Wayne), nephews Steve and Ron Hill. As per her wishes, she will be cremated and a Life Celebration will be held at a later date with family. In lieu of flowers, please consider donating to Habitat for Humanity, Cannon Falls Pet Adoption, or a Humane Society near you.

To order memorial trees or send flowers to the family in memory of Barbara Keeney, please visit our flower store.