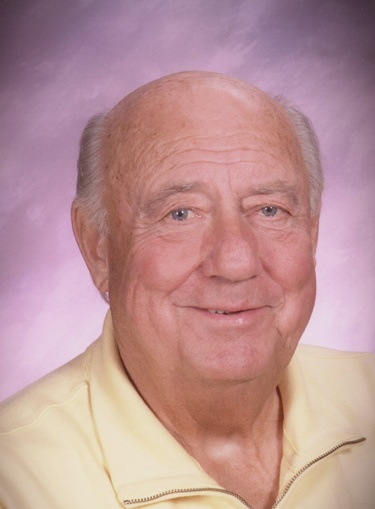 Bernie was born the oldest of nine children to Joseph and Regina (Kuzina) Dombeck on June 29, 1934 in Argyle, MN. He graduated from Detroit Lakes High School in 1953, and went on to serve with the US Army from 1957-59.

He married Margie E. McFarland on August 29, 1964 in Rochester, where they lived for a time before moving to Cannon Falls.  They opened Bernie’s Meat Market and Grocery and operated that for 5 years.  He then worked for many years as a car salesman for Dabelow Pontiac-Buick. Bernie was a member of the Nelson Scofield VFW Post #4452 and Kraft-Ostrom American Legion Post #142.

He is survived by his wife of 53 years, Margie; sons, Douglas (Amy) of Cannon Falls and Stuart (Angie) of Hastings; three grandchildren, Cooper, Carter and Abbey; sisters and brothers, Theresa (Norman) Klovstad of Detroit Lakes, Betty (Warren) Vigen of St. Cloud, Richard (Sandra) of Hawley, James (Irene) of Moorhead, and Mark of Detroit Lakes; sisters-in-law, Barbara Dombeck of Apple Valley and Eileen Dombeck of Ft. Worth, TX; brother-in-law, Jyles “Huns” Moltzan of Moorhead; and many nieces and nephews.

He was preceded in death by his parents; brothers, Raymond and Leonard; and sister, Bernice Moltzan.

To order memorial trees or send flowers to the family in memory of Bernard Dombeck, please visit our flower store.