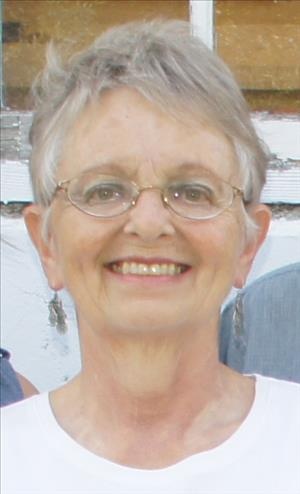 She was born March 28th, 1947 to Stanley and Marion Sticha of New Prague. Bernie grew up on the family farm, she was the oldest of 8 siblings. At age 14, she left to be a member of the School Sisters of St. Francis in Milwaukee, WI, spending a total of 16 years in the convent.

On August 19th, 1978, Bernie married Francis Nelson at St. Michaels Catholic Church in Farmington, together they raised, Joel, Jerry, and Steven on a farm in the Sogn Valley, south of Cannon Falls.

Bernie was a devoted teacher, spending over 30 years as a full-time and substitute instructor for several districts throughout Minnesota. Bernie was a devout and active member of St. Pius V Catholic Church. She enjoyed spending time with her grandchildren, gardening, and working on the farm. Bernie and Francis met each other at a polka-dance, and continued to enjoy old-time music throughout their lives together. She'll be remembered by her smile, her strong faith, and her absolute selflessness when others needed a hand.

She was preceded in death by her parents; in-laws, Leonard (Lillie) Nelson, and nephew Michael Zimanske. In Lieu of flowers and per Bernie's wish, memorials are preferred to charity.

To order memorial trees or send flowers to the family in memory of Bernice Nelson, please visit our flower store.