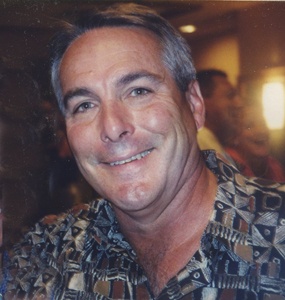 Chuck was born on May 16, 1950, in Rochester, the son of Russ and Nita (Ackerman) Kamholz. He grew up in Rochester, graduating from Mayo High School in 1968. He attended Mankato State University. Chuck served in the US Army Reserves and worked for Bell Telephone Company and Hanny’s Men’s Wear.  He then went to work for Hesse’s Men’s Wear in Newton, IA. On September 18, 1976, Chuck married Barb Becker at St. Mathias Catholic Church in Hampton. They made their home in Cannon Falls and Chuck went to work for Bristol Meyers Squibb, as a sales representative. He retired from there after sixteen years of service. He enjoyed recreational sports such as softball and volleyball as a young man, and enjoyed playing golf. Chuck was known as the “Mayor of the Neighborhood” and will be missed by many.

Survivors include his wife Barb, daughter Alicia (Chad) Mertz and son Nick (Kelli) Kamholz; grandchildren Atreyu, Shawn, and Colson; sister Barbara (Stan) Johnson; and many nieces, nephews, and in-laws. He was preceded in death by his mother Nita and her significant other Phil, father Ross, mother-in-law and father-in-law Ralph and Lucy Becker, and his brother-in-law Bill Becker.

Memorials are preferred in lieu of flowers.

To order memorial trees or send flowers to the family in memory of Charles Kamholz, please visit our flower store.