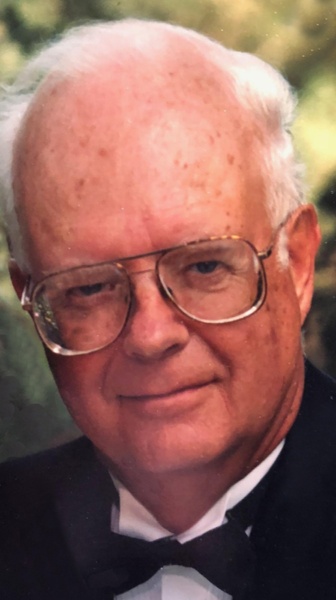 A lifelong Cannon Falls resident, Charles "Chuck" Luther Scofield passed away peacefully at home April 7, 2018.  Chuck was born August 31, 1933 to Wilbur "W.H." Scofield and Edythe (Wolander) Scofield.  Many knew him as the 4th generation owner/pharmacist at Scofield Drug, an iconic Cannon Falls business.  He followed in the footsteps of his father, grandfather and great grandfather, and decided to join the family business, graduating with a degree in pharmacy from the University of South Dakota at Brookings.  He became the sole owner of Scofield's in 1971.  He sold the pharmacy to Reed Qualey in 1988, but continued to work, retiring after a 55 year career as a pharmacist.  He was active in the Cannon Falls Rotary, "retiring" after a 50 year run.  His passions were golfing and music.  He was a lifelong member of the Cannon Falls Golf Club.  He sang in the choir at St. Ansgars Lutheran Church for over 50 years and was a member of the Cannon Falls Male Chorus for many years.  He was active in the Downtown Businessmen's Association.

He was a man of many accomplishments, but what he will most be remembered for was his kindness.  He greeted everyone with a smile and by their first name.  He never hesitated to fill a prescription in the middle of the night, greet a newcomer at the golf course, or share his wit and have a good laugh.  He was one of the nicest guys one could ever hope to meet.  He was a friend to everyone and loved by so many.  His children were blessed to have him as a dad.  If the measure of a man is the love of friends and family, then Chuck was 10 feet tall.

He was preceded in death by his wife, Bev ("Sweetheart"), his parents, Edythe and Wilbur, and his brother, Billy.  He is survived by his children Jim, Sue (Jim), Bill (Ruth), and Bob (Becky), and grandchildren Riley, Eli, Summer and Willow.

To order memorial trees or send flowers to the family in memory of Charles Scofield, please visit our flower store.