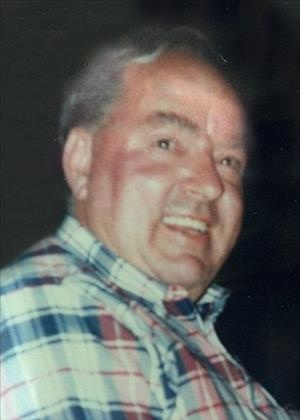 Charles James Wilson, age 82 of Cannon Falls, died on Thursday morning, March 12, 2015 at Diamond Rehab and Living of Cannon Valley in Cannon Falls. He was born on January 11, 1933 in Ripley Township, MN to Elanor and Ross Wilson. He grew up in Dodge Center. He joined the U.S. Air Force and was in the service for three years and 11 months. He then worked for the Minnesota Department of Transportation and was a highway maintenance man. He put in over 31 years before retiring. His hobbies were camping at Camp Croix, taking walks, helping wherever needed, spending time with his kids and being a chauffeur to our mom. He talked highly about his work and loved his job. He helped out at Viking Terrace with maintenance, fed the ducks with his grandsons and took them to Dairy Queen for a treat. Charlie was married to Ruby Wilson on June 1, 1957 and was happily married to his best friend until she passed away on August 17, 2007. Charlie is survived by his two children, Brian and Judy (Flom) Wilson of Faribault and Keith and Kelly (Wilson) Balfe of Kenyon; four grandchildren, Tylor and Jessica (Caron) Wilson of Warsaw, Elisha Wilson Kimmes of Faribault, Dereck Flom of St. Louis Park and Coty Balfe of Faribault. He is preceded in death by his wife, Ruby Wilson; parents, Elanor and Ross Wilson; brothers, Donnie and Marvin; sisters, Ardela and Delores; and an infant baby brother. Funeral services will be at 1:30 p.m. on Tuesday March 17, 2015 at St. Paul's Evangelical Lutheran Church in Cannon Falls, with Pastor John Baumann officiating. Visitation will be one hour before the service. Burial with military honors will follow in the United Lutheran Cemetery, Zumbrota. Casket bearers will be Tylor Wilson, Elisha Wilson-Kimmes, Coty Balfe, Tim Wilson, Andrew Brunholzl and Kenny Timm.

To order memorial trees or send flowers to the family in memory of Charles Wilson, please visit our flower store.