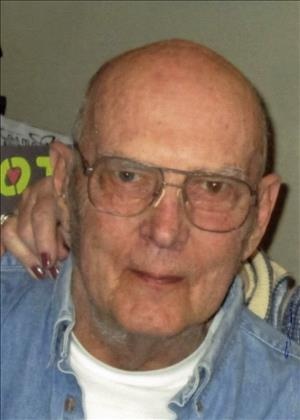 Clair Keith Willis, 82, died at home on Sunday, April 17, 2016 surrounded by his very loving family. Clair was born in Rhame, North Dakota, the son of Clair and Elizabeth Willis. After his dad died, Elizabeth and the four children moved back to Minnesota to be near family. He first attended Vasa Elementary school. The family moved to Cannon Falls where he then attended Cannon Falls School and graduated high school in 1953. Clair married Marlene Berg of rural Cannon Falls on March 6, 1954 at the Urland Lutheran Church and they lived in Cannon Falls all their married life. Clair went to work for Allen Peter's Electric Shop when he was 16 and stayed at that job until Allen became ill. Clair and Marlene bought the business and moved it to an attached building of their home on the west side of Cannon Falls. He continued the business for 44 years; winding motors and repairing anything that came in the door. Clair enjoyed his "coffee buddies" at the old Cannon Ball and Brewsters. He was a member of the Cannon Falls Fire Department for twenty-six years, where he gained many loyal friends. In his early years he was a member of Vasa Lutheran Church and was confirmed there, then upon moving to Cannon, became a member of St. Ansgar's Lutheran Church. Clair was an avid hunter with bow and arrows and competed in many archery tournaments where he consistently placed in the top of his class. He was a member of the Army Reserve. His passion was fishing. He and Marlene owned a cabin in Cumberland, Wisconsin where he could go from lake to lake and catch a variety of fish; all he needed was a fry pan and a stick of butter! He is survived by, his loving wife, Marlene of 62 years; their four children, Terry (Rod) Walker of Minneapolis, Peggy (David) Harmin of Buena Vista, Colorado, Jamey (Beth) Willis of Colorado Springs, Colorado, David (Colleen) Willis of Cannon Falls; 10 grandchildren, Aaron (Kelly) Bang, Summer (Travis) Slone, Calloway (Alyssa) Willis, Nadine (John) Hall, Caroline Willis, Tony Willis, Addison Harmin; 4 great-grandchildren; and sisters, Rosalie Diercks of Apple Valley, and Karen Rapp of Cannon Falls. He was preceded in death by his parents, father Clair, mother Elizabeth, step-father Francis Fanning; sisters, Betty Berger, Clareen Barrett, Marjorie Penfield. A celebration of Clair's life will be held at St. Ansgar's Lutheran Church on Friday, April 22 at 11:00am, with a visitation one hour prior. A private burial will be held at a later date. In lieu of flowers, memorials preferred.

To order memorial trees or send flowers to the family in memory of Clair Willis, please visit our flower store.