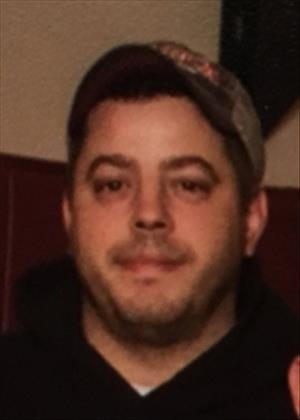 Clayton Paul Kodada, age 35 of West Concord and formerly of Cannon Falls, died Wednesday, February 15, 2017 in Lakeville, as the result of an accident. Clayton Paul Kodada was born on January 15, 1982 in Northfield, the son of Paul and Christine (Duncan) Kodada. He grew up in Cannon Falls and graduated from Cannon Falls High School in 2001. Clayton attended Urland Lutheran Church. He worked as a forklift technician at Twin City Lift Truck in Cannon Falls. On August 28, 2004 Clayton was united in marriage to Andrea Radke in Byron. He coached youth wrestling in the Triton Public Schools for the last six years. Clayton enjoyed fishing, hunting, and camping. He was passionate about his family. Survivors include his wife Andrea of West Concord; children, Cole, Addison, and Bristal; his parents, Paul and Christine Kodada of Cannon Falls; brother, Andy (Heidi) Kodada of Goodhue; sisters, Cassie (Joe) Brandel of Cannon Falls and Catie Kodada of Cannon Falls; grandmothers, Lois Kodada and Ethel Duncan; mother-in-law and father-in-law, Robin and Tom Radke; as well as aunts and uncles. Clayton was preceded in death by his grandfathers, George Duncan and Stanley Kodada; and his aunt, Barb Kodada. Funeral services will be held at 11:00 a.m. on Wednesday, Feb. 22, 2017 at the Urland Lutheran Church. Visitation will be from 4-7:00 p.m. on Tuesday, Feb. 21 at Lundberg Funeral Home in Cannon Falls, and one hour prior to the service at the church on Wednesday. Interment will be in the Urland Lutheran Cemetery. Memorials are preferred to Clayton's family.

To order memorial trees or send flowers to the family in memory of Clayton Kodada, please visit our flower store.