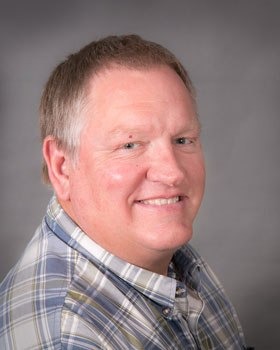 Craig Alden Sjoblom, age 60, joined his mother and father in God’s heavenly kingdom on Saturday, December 10, 2022.  With his family at his side and beautiful music playing, goodbyes were said as his final breath was taken.

Craig was born in Red Wing, MN to Alden and Bev Sjoblom on June 29th, 1962.  He was raised on the family farm in Cannon Falls, MN.  He attended Wastedo, Vasa and Cannon Falls Schools, graduating in 1980.

Having a love for farming, Craig worked by his dad’s side on the family farm for many years.  In 1993, Craig graduated from the Carpentry Program at SE Minnesota Technical College.  He went to work for Vanguilder Construction, continuing to farm at night.  In 2009, he went to work at Vasa Spring Garden Mutual Insurance as an insurance inspector until his heart attack on November 3, 2022.

On June 18th, 1983, Craig married Jody Lynn Holt at Spring Garden Lutheran Church.  Craig’s pride and joy was his family.  He was blessed with 3 children, Christopher (Rondi) Sjoblom, Matthew (Jenna) Sjoblom, and Kaitlyn (Jeremy) Schroeder, all of Cannon Falls.  He was also blessed with 6 grandchildren, Abigail, Mason, Lydia, Jackson, Josie, and Brooklyn.  He loved soaking up as much grandpa time as he could.

Craig was an active member of Spring Garden Lutheran Church.  In his free time, he enjoyed camping with family and friends, fishing, watching Nascar and getting as much family time as possible.  He was a jack of all trades and spent many hours tinkering in his man cave on cars, boats, and tractors, or building another “honey do” project for Jody or the kids.

A visitation will be held Thursday, December 15 from 4-8pm at Spring Garden Church, 10239 Co 1 Blvd, Cannon Falls. Celebration of Life Service will be Friday, December 16 at Spring Garden Lutheran Church at 11:00am, with visitation one hour prior to service. This service will be livestreamed and available to watch below. At this service, anyone who would like to share a memory or story after the eulogy, please feel free to come up front and do so.  We would love to hear how Craig touched your life.

LIVESTREAM INFORMATION:  For those who would like to participate in Craig's service via livestream, you can watch the service on Friday, Dec. 16 at 11:00am.  It can be viewed by scrolling to the bottom of this page, and click to begin.  Please leave a message of support on our Tribute Wall to let the family know you were able to watch the service.  If you are having troubles with the Livestream, the service will be available to watch later in the day.

To order memorial trees or send flowers to the family in memory of Craig Sjoblom, please visit our flower store.