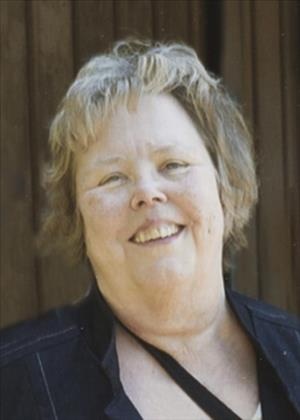 Cynthia Fay "Cindy" Lichty, age 70 of Baldwin, WI and formerly of Cannon Falls and Hastings, died peacefully at her home on Sunday, July 24, 2016. Cindy was born on May 1, 1946 in Minneapolis, MN, the daughter of Bertel "Sam" and Fay (Krage) Gilje. She attended her early years of school in Cannon Falls, and following the death of her father when Cindy was 11 years old, she and her mother lived for a time with her father's parents, Christian and Karina Gilje, on their farm near Dennison. Cindy then graduated from high school in Winona in 1964. She followed in her mother's footsteps and attended the Kahler School of Nursing in Rochester. She worked as a registered nurse for many years, mainly in long term care. She married Harlan Lichty on September 9, 1967 in Winona. They made their first home in Baudette, MN where Harlan served as an air force radar operator. Following Harlan's discharge from the Air Force, they moved to the Twin Cities where their first son, Darren was born and Harlan completed his education as an electrician. They later built a house near Hastings where their twin sons, Christopher and Chad were born.

Cindy enjoyed knitting and crocheting, and was a self-proclaimed "Queen of unfinished projects." She will be remembered for her caring nature, and as a loving mother and grandmother. She will lovingly be remembered by her sons, Darren (Kathryn) of Garfield, MN, Chad (Kelly) of Hammond, WI, and Chris (Caryn) of Indianola, IA; two grandchildren, Tyler Lichty and Mariah (Carlos) Perez; and great-grandson, Joshua Perez. She will also be missed by many cousins, nieces and nephews, Godchildren, and friends. She was preceded in death by her parents. A memorial service will be held on Friday, July 29 at 11:00 a.m., with visitation from 10-11 a.m., at Christ United Methodist Church, 29470 Gaylord Ave, Cannon Falls. Interment will be at Wangen Prairie Lutheran Church. Honorary pallbearers will be Ken, Dale, Steve, and Ed "George" Krage, Ron Sommers, and Clayton Garrick.

To order memorial trees or send flowers to the family in memory of Cynthia Lichty, please visit our flower store.