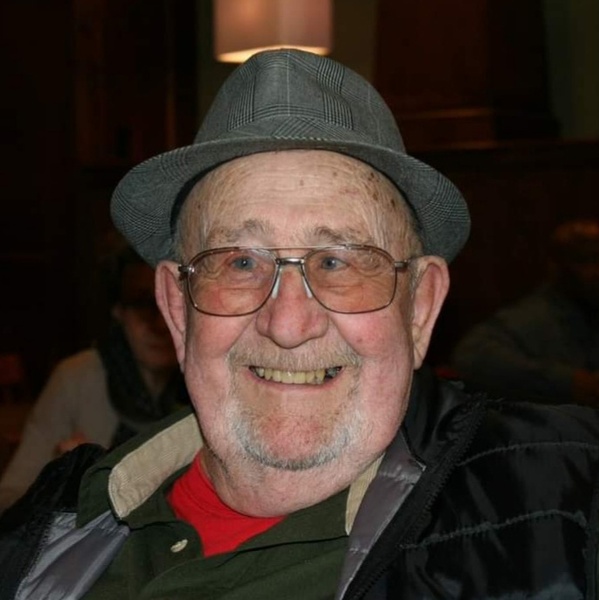 Dale was born on May 31, 1935, in Red Wing, the son of Rutherford and Blanche (Lindell) Lundell. He attended Goodhue Country School, District 137, Cannon Falls through the 8th grade and left as he was needed to help on the family farm in Cannon Falls Township.  He worked as a farm hand for many years during harvest season for Haakey and Myrtle Thunshelle in Plaza, North Dakota.  Dale worked for Cannon Falls Lumber Yard before entering the carpenter trade.  Dale worked for Northfield Construction and Duden Construction as a custom cabinet maker until his retirement.  He often gifted and was called upon to create custom wood pieces for his family and friends.  Many of these pieces are still treasured today.

He married Marcine Duden on August 7, 1959, at First English Lutheran Church in Cannon Falls. They had four children together and later divorced. He was a member of St. Ansgar’s Lutheran Church and served on the cemetery board for many years.

Dale was a very proud father and grandfather.  He passed on his love of playing cards and games to those he treasured.  He was a constant support to his grandchildren in their sports and extra activities and was always there to cheer them on.  He was also a proud Swede and an avid Green Bay Packer fan.  He was a collector of Griswold cast iron pans.  He loved cooking and his family cherished his Swedish pancakes, Rusp, flatbread, and beer bread.  He adored and cherished his relationships with his nieces and nephews.  He will be remembered for his great sense of humor and always wanting to have fun.

Visitation will be held on Friday, August 13 from 4-7 pm at Lundberg Funeral Home in Cannon Falls.  Funeral service will be on Saturday, August 14 at 11 am, with visitation from 10-11 am, at St. Ansgar’s Lutheran Church, Cannon Falls. A private family interment will follow at the church cemetery.

Memorials are preferred to donor’s choice.

To order memorial trees or send flowers to the family in memory of Dale Lundell, please visit our flower store.