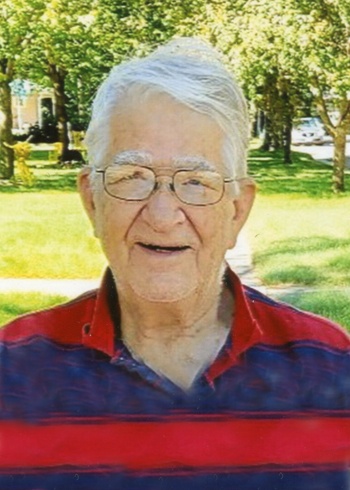 David Lionel Langsdorf, age 82 of Kenyon and formerly a longtime resident of Cannon Falls, died on Friday morning, May 13, 2022.

Dave was born on February 13, 1940, in Red Wing, the son of Leonard and Virginia (Veith) Langsdorf. He attended school in Red Wing until his family moved to Cannon Falls. He graduated in 1958 from Cannon Falls High School.

Dave married ElsieAnn Krier on September 30, 1960, at St. Ansgar’s Lutheran Church, Cannon Falls, where he continued to be very active. He sang in the choir, served on church council, attended Saturday men’s bible study, and went on mission trips. Dave was a dairy farmer and owned and operated the Longvilla Farm. He was active in the National Farmers Union. In 1985, he received the Conservationist of the Year Award. He also served on the Belle Creek Watershed Board.

Dave was active in the Cannon Falls Lions Club and received Lion of the Year and the Melvin Jones Fellowship Award. He is always the one who is quick to help anyone!

Dave had a quick wit, could tell Sven and Ole jokes ‘til the cows came home, and could do a Donald Duck voice to cheer you up. He was a storyteller and loved to share stories with his grandchildren and great grandchildren. He was a talented poet and could sing and play guitar. He collected Minneapolis Moline tractors and faithfully participated in the annual Randolph tractor parade. He enjoyed driving school bus in Randolph and often drove for other school events and sports. Dave and Elsie spent the last 13 years as snowbirds in Arizona.

He was preceded in death by his parents; brother, Bill; and parents-in-law, Murlene and Harry Krier; and sister-in-law, Debra Jean Krier.

A brief memorial service will be held on Monday, May 16 at 3pm at Lundberg Funeral Home, Cannon Falls. This service will be live-streamed and available to watch on the link below . A visitation will follow from 4-7pm.

To order memorial trees or send flowers to the family in memory of Dave Langsdorf, please visit our flower store.