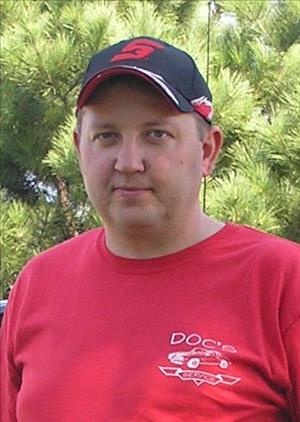 David Dockter, age 40, owner/operator of Doc's Service in Cannon Falls passed away unexpectedly at his home on August 25, 2013. A gathering will be held to celebrate David's life from 4:00 – 7:00 pm on Thursday, August 29, 20013 at Lundberg Funeral Home, 5839 Hwy 19 Blvd, Cannon Falls. David Gordon Dockter was born March 9, 1973 in Faribault, Minnesota. He grew up in Cannon Falls where he graduated from high school in 1991. David received his associates degree at Dakota County Technical College where he was "a natural" when it came to welding and auto repair. He started working with his dad, Donny at Doc's Mobil in Cannon Falls and later purchased the business in 1998. David was an avid coin and gun collector who enjoyed going to flea markets, fishing and spending time outdoors. David was always fair with people and willing to help others. He was known for his hard work ethic in building his business. What he valued most was spending time with his pride and joy, his son David. He lived his whole life with a heart condition but was able to fight through odds that were against him and appreciate every day. He is survived by his mother, Ruth Dockter (Sue Buchardt) of Cannon Falls; son, David; sisters, Cyndi Reichstadt of Randolph, Susan (Ryan) Dockter-Newborg of Cannon Falls; nieces and nephews, Meighan, Bryant and Katelyn; grandmother Ardiss Hager of Cannon Falls along with many cousins, aunts, uncles and good friends. He is preceded in death by his father, Donny.

To order memorial trees or send flowers to the family in memory of David Dockter, please visit our flower store.