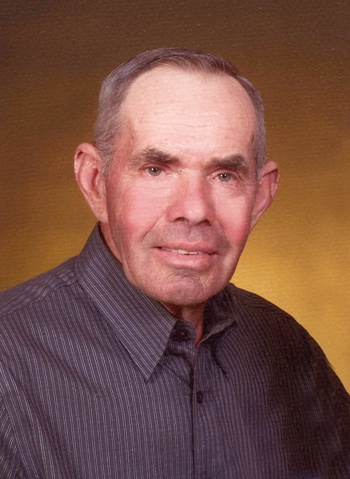 David Frederick Luhman of Red Wing, Minnesota, passed away peacefully on Monday, March 30, 2020, at Deer Crest Assisted Living in Red Wing with his wife by his side.

David was born September 25, 1937 in Red Wing, Minnesota, to Norbert and Helen (Buck) Luhman.  David grew up in rural Goodhue on his family’s farm.  He attended St. John’s Lutheran Church in Goodhue.  He graduated from Goodhue High School in 1955 as Salutatorian.  David was very active in 4-H and was a champion sheep shearer. David served in the Army Reserves.  On September 12, 1959 David was united in marriage to Ruth Voth at St. John’s Lutheran Church.  David enjoyed tending livestock and crops on the family farm his entire life where he and Ruth raised their four children.  He was an active member in St. Peter’s and St. John’s Lutheran Churches where he served as elder and trustee.  David had a true passion for raising purebred beef cattle.  He served as president of the Minnesota Simmental Association and was elected to the Board of directors for the Minnesota Beef Council.  Besides farming, David enjoyed his vegetable garden and watching Goodhue High School sports.  While he was able, he enjoyed traveling to livestock shows and ranches.  He is remembered for his gentle smile, humility, and service to others.

A private family service will be held at St. John’s Ev. Lutheran Church, 36620 Co 4 Blvd, Goodhue, with burial to follow at the church cemetery.

In lieu of flowers, the family wishes memorials to be directed to St. John’s Lutheran Church.

To order memorial trees or send flowers to the family in memory of David Luhman, please visit our flower store.