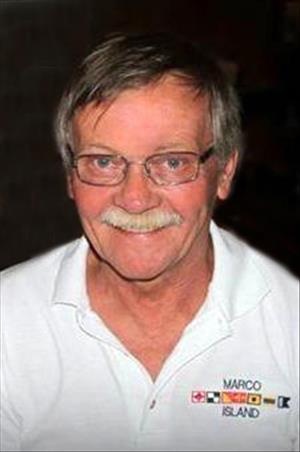 Dean LeRoy Anderson, 71, of Cannon Falls, MN passed away peacefully on July 20, 2016 at Mayo Clinic Health System – Cannon Falls Campus, after a short illness. He was surrounded by his loving family. He was born February 13, 1945 in Red Wing, MN to Alton and LeaEtta (Kurtz) Anderson. He married Gloria Knoblauch on July 20, 1963 in Welch, MN. He was a member of Cannon River Lutheran Church. Dean was a mechanic by trade and began working on cars quite young, learning from and working for his uncle, Les Kurtz. In 1968, he and Gloria purchased Coze Cove Resort on Leech Lake in Walker, MN. Dean loved to fish and enjoyed guiding people out fishing on the lake. In 1972, they sold the resort and moved back to Cannon Falls to raise their family. He then went to work for various Ford and Chevrolet dealerships in the area, but eventually left their employ and started his own business. He then began working with his father-in-law, Wilmer "Bud" Knoblauch, in the crushed rock and ag lime business and started Anderson Trucking in 1975. His son, Darren, joined the family business later, now known as Anderson Rock & Lime, Inc. Dean enjoyed hunting and fishing and many years of boating on the Mississippi River. He loved working on his Ford Mustang, which was his pride and joy, and winters in Marco Island, Florida, but mostly spending time with his wife, children and grandchildren. He had bright blue eyes that would twinkle when he smiled and a laugh that would brighten the room. He will be deeply missed by his family and many, many friends. He is survived by his wife, Gloria, of 53 years, daughter, Kim (Brian) Niehaus (Las Vegas, NV), son, Darren (Kristy) (Cannon Falls, MN), grandchildren; Brice, Lindsey & Sydney Niehaus and Chelsea & Dylan Anderson, two sisters; Sharyl (Milton) Vanerstrom (Laughlin, NV) and Terri (Dan) Potts (LaMoure, ND) and many nieces and nephews. He was preceded in death by his parents; and sister, Sharon Chermack. A visitation will be held on Sunday, July 24 from 4 - 8 p.m. at the Lundberg Funeral Home in Cannon Falls. A funeral service will be held on Monday, July 25 at 11:00 a.m. with visitation one hour prior at Cannon River Lutheran Church in Cannon Falls. Interment will follow at the church cemetery. Active pallbearers will be Jesse Regenscheid, Brandon Regenscheid, Cliff Knoblauch, Andy Regenscheid, Dan Potts, and Milt Vanerstrom. Honorary pallbearers will be Employees of Anderson Trucking. Memorials are preferred to Cannon River Lutheran Church or donor's choice.

To order memorial trees or send flowers to the family in memory of Dean Anderson, please visit our flower store.