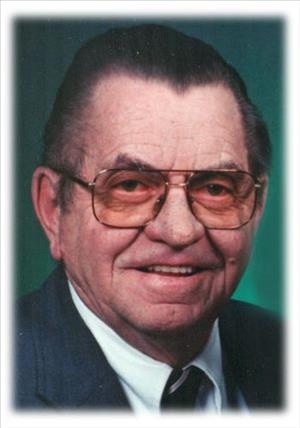 DeWayne Ring, age 76 of Red Wing and formerly of Cannon Falls, died on Thursday morning, October 4, 2012 at the Seminary Home in Red Wing. Funeral service will be held on Tuesday, October 9 at 11:00 a.m. at Urland Lutheran Church, with Pastor Arthur Sharot officiating. Interment will follow at the church cemetery. Visitation will be held on Monday from 4-8 p.m. at Lundberg Funeral Home in Cannon Falls. There will also be visitation at the church on Tuesday from 10-11 a.m. Dewey was born March 15, 1936 in Red Wing, Minnesota to George and Hazel (Ohnstad) Ring. He attended school in Cannon Falls and grew up on the family farm where he enjoyed plowing and working the land. He was married to Barbara Bernard and lived in Rochester. While in Rochester he worked at a variety of jobs in the area including mail carrier and grave digger. He moved to Cannon Falls where he continued to work at several places locally. He was married to Donna Miller for several years. Dewey worked at the APCO Service Station in Cannon Falls where he later met Mary Traeger. They were married in February of 1979. Dewey enjoyed 18 years while being employed at Treasure Island Casino as a custodial technician. Dewey was known as one who loved to visit with people. He always found something to talk about or someone to joke around with. He and Mary enjoyed their travels to places like Alaska, Duluth and the Wisconsin Dells. Dewey was fond of playing cards and looked forward to going out to a variety of places to eat. Dewey is survived by his wife Mary of Red Wing; son, George Hartinger of Atlanta, GA; step-children, Shelley (Chuck) Mittelsteadt of Cannon Falls, Greg Lundell of Palmer, AK, Joe Lundell of Cannon Falls; step-grandchildren, Anthony Mittelsteadt of Hastings and Mariah Mittelsteadt of Cannon Falls; Godchild, Nancy Ryan. He is preceded in death by his parents; two infant brothers; sister and brother-in-law, Gladys and Joe Flom; nephew, Steve Flom; great-nephews Curtis Flom and Corey Ryan. Casket bearers will be Larry, David and Bobby Flom, Lloyd Kispert, Steve Ryan, Joe Lundell. Honorary bearers will be Ron Freeberg, Luvy Rapp, Harry Lundell and Tim Olander.

To order memorial trees or send flowers to the family in memory of DeWayne Ring, please visit our flower store.