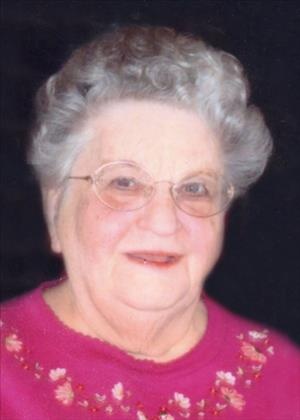 Doloris E. "Tubby" Irrthum, age 85, formerly of Cannon Falls, MN, died on Monday morning, November 24, 2014 at Southview Acres Health Care Center in West St. Paul. Doloris Emma Irrthum was born at home in Hampton Township on March 15, 1929, the daughter of John Peter Irrthum and Gertrude (Hoffmann) Irrthum. She attended country school at Dakota County District #63, and later graduated from Randolph High School in 1946. She attended MN School of Business for two years, taking accounting courses. Over many years, she was employed at many places in Minnesota, including from 1948-52 she was secretary to Superintendent of Randolph Schools. From 1952-67 she was secretary to Head Master and later House Director at St. James Military School in Faribault. In 1974, she started working with the DDS (Disability Determination Services) with the State of Minnesota; serving as head of the Accounting Unit, retiring in 1995. She also worked part time at Sears until 2001. She was a member of St. Pius V Catholic Church in Cannon Falls and Cathedral of St. Paul. She was a member of the Ladies Auxiliary of Fraternal Order of Eagles #1460 for 40 years, Past Regent of Daughters of Isabella Circle #559, Faribault (60+ year member), and past state officer of Daughters of Isabella. She was also a member of Twin Cities Cursillo. She was preceded in death by her parents; sister, Veronica Seleski; and brothers, Raymond, Gerald and John Irrthum. She is survived by brothers, Paul (Sara) Irrthum of Farmington and Walter Irrthum of Cannon Falls; sister-in-law, Mary Kay Irrthum of Cannon Falls; and many nieces and nephews and their families. A Memorial Mass will be held on Friday, November 28 at 11:00 a.m., with visitation from 10-11 a.m., at St. Pius V Catholic Church in Cannon Falls. Inurnment will follow at the church cemetery. May her soul and the souls of all the faithfully departed rest in peace. Amen.

To order memorial trees or send flowers to the family in memory of Doloris Irrthum, please visit our flower store.