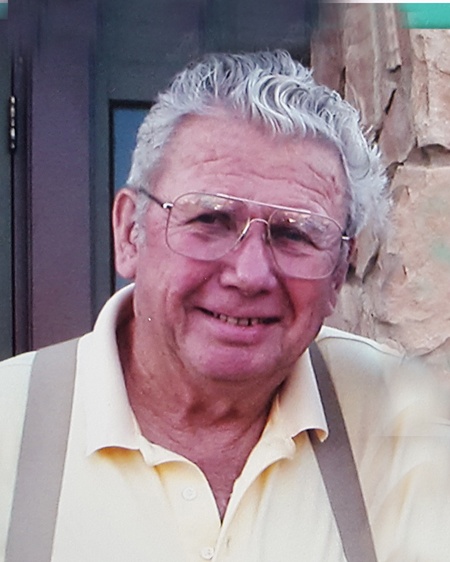 Don was a man who created his own destiny. Took what the world handed him and made it work to his advantage. Right out of high school he hitchhiked to the Northshore near Lutsen, landing a job at the paper mills. When found to be only 17, back to Minneapolis he came. Next job was a cook on a tug boat on the Mississippi River, until it froze. Honeywell kept him busy until joining the Navy. Severely burned at age 20, he fought hard to establish an extraordinary life! He married Donna F. Anderson in 1952 and they had 3 daughters. Don built a TV Sales and Service business in Richfield, MN. Selling this business, he and his wife purchased a farm in Cannon Falls and moved the family to the country in 1969. Midland Oil and Sheldahl Manufacturing were local jobs until building an award-winning hog operation. Some of his unconventional ideas proved to be profitable as well as published. Don even built a greenhouse off the farrowing barn, savoring a snack of snap peas between chores!

After selling the farm in 1983 and going separate ways, Don tried his hand at selling cars at Dabelow's and housekeeping at the VA.

Don met his next challenge...Sailing. He purchased a 25ft Columbia sailboat and rented a slip at Lake City Marina. After learning the ropes on Lake Pepin and retiring, he sailed down the mighty Mississippi River to the Bahama Islands. For 10 years he cruised the islands. Oh, the stories he could tell of his adventures!

Becoming a land lubber, Don moved a trailer onto property in Sogn where he and his sailing/ladyfriend Myke Isenberg lived for many years. In 2012 he moved into Cannon Falls to simplify his life. Shortly after his ladyfriend Arlene Hernke moved next door, making for some grand times together.

Don will always be remembered for his generous nature, quick wit and sense of humor. One of his last sayings, "some days will be more cheerful than others..."

To order memorial trees or send flowers to the family in memory of Donald Becksted, please visit our flower store.