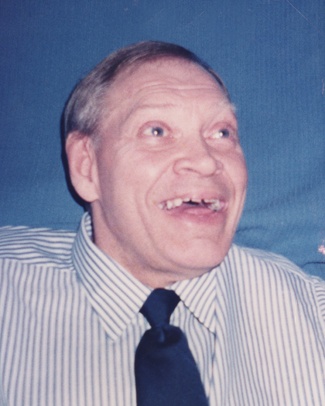 Donald John Knowlton was born on April 26, 1942 in Red Wing, the son of Roy and Clarice (Holien) Knowlton. He grew up on his family’s farm, moving to Faribault as a young man. He moved back to Red Wing in the mid 1980’s and lived at REM Homes there. Donald worked for Pro Act in Zumbrota. He enjoyed watching John Wayne westerns, horses, and anything John Deere or farm-related. He was known for giving out tight bear hugs, rearranging the furniture, and calling for Dee Dee. Donald liked going to work on the bus and sitting outside watching the trucks go by.

Survivors include his sister Dianne Knowlton of Cannon Falls, nieces Juliana (Jim) May and Catherine (Ryan) Swanson, great-nieces and great-nephews Alana, Jimmy, and Jesse May, and Isabela Swanson, as well as aunts, uncles, and numerous cousins. He was preceded in death by his parents and grandparents. Memorials may be directed to Pro Act in Zumbrota, (www.proactinc.org).

To order memorial trees or send flowers to the family in memory of Donald Knowlton, please visit our flower store.