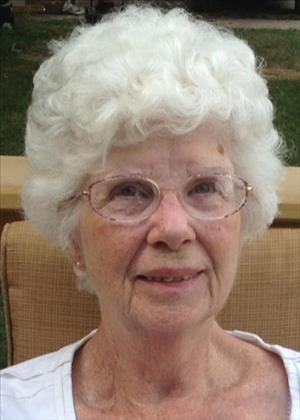 Donna Mae Breen, age 82 of Cannon Falls, died on Wednesday evening, October 1, 2014. Donna Mae Fischer was born on July 6, 1932 to Emil and Cecelia (Steiner) Fischer in Minneapolis, MN. On September 11, 1954 she was united in marriage to Darrell E. Breen. Donna was a homemaker and later employed with Kid Dud's in Cannon Falls. In her spare time, she enjoyed cooking, baking, crocheting and traveling. Donna lived with pancreatic cancer for over a year. She fought this battle with positivity, courage, humor and dignity. Her favorite way to spend time was with her family. She was the center of their lives and always provided them her love and support. She will be greatly missed by her children. Donna is survived by her children, Diane (Mike) Ohl of Bemidji, Richard "Dick" Breen of Viola, and Debbie Breen of Cannon Falls; and two grandchildren, Adam and Angie Banks. She was preceded in death by her parents; husband, Darrell on May 6, 1996; grandson, Andrew Banks on April 27, 2004; and brother, Richard Fischer. A funeral service will be held on Saturday, Oct 4 at 11:00 a.m., with visitation from 10-11 a.m., at Lundberg Funeral Home in Cannon Falls. Memorials are preferred to the American Cancer Society.

To order memorial trees or send flowers to the family in memory of Donna Breen, please visit our flower store.