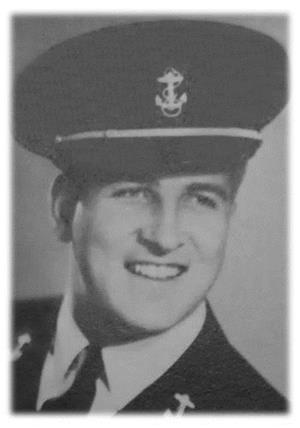 Dr. Bernhard W. Bartel came in to this world and left this world on April 27. He died in Winter Haven, Florida and was 90 years of age. Dr. Bartel was born on April 27, 1922 in Goodhue, MN, the son of Josephine Hennings and Henry Bartel. After graduating from Goodhue High School in 1940, he served as a Commissioned Officer (ensign) in the amphibious forces of the U.S. Navy during World War II. He married Dardenelle Buck on February 26, 1944 at St. Luke's Lutheran Church in Goodhue. She died on July 26, 1989. Dr. Bartel was married to Bernadine McCardle from 1990 until 1999. He was married to Leona McMaster from 2000 until her death in 2002. In 1946, Dr. Bartel received a B.S. degree from Winona State University. He continued his educational endeavors at the University of Minnesota where he earned a Masters degree in 1955, a Specialist degree in 1966, and a Doctorate of Education (Ph.D.) in 1970. He served in six Minnesota school districts as a teacher, coach, and administrator. He taught and coached at Royalton, Lake City, and Minnesota Lake. He served as a junior and senior high school principal in Minnesota Lake and West St. Paul. From 1970 to 1973, he served as superintendent of schools at Mahtomedi, and from 1973 until his retirement in 1982, he served as superintendent of Forest Lake schools. Since his retirement, he has lived in Florida. Dr. Bartel is survived by one son, Dr. Bradley (Susan) Bartel; two grandsons, Bradley Bartel and John Michael Bartel; brother, Henry (Ardi) of Rochester; sisters-in-law, Shirley Bartel of Roseville, LaVonne (Jim) Olson of Hastings and Marcy Buck of Goodhue; brother-in-law, Calvin (Jeanette) Buck of Minong, WI; and several nieces and nephews. He was preceded in death by his wives, Dardenelle and Leona; sister, Gladys Chamberland; brother, Fritz; and nephew, Gary Bartel. The funeral service will be held on Saturday, May 5 at 11:00 a.m., with visitation from 9:30-11 a.m., at St. Luke Lutheran Church in Goodhue, with Pastor Keith Homstad officiating. Interment with military honors will be held at Oakwood Cemetery in Red Wing at 2:00 p.m. Active pallbearers will be John Bartel, Bradley Bartel Jr., Henry Bartel, James Olson, David Olson and Calvin Buck. Memorials are preferred to the Alzheimer's Foundation or Grace Lutheran Church in Winter Haven, FL.

To order memorial trees or send flowers to the family in memory of Dr. Bernhard Bartel, please visit our flower store.