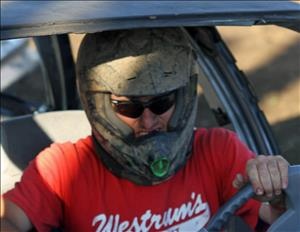 Dylan Patrick Johnson, 23, of Cannon Falls, died Friday, August 12, 2016 as the result of a car accident. Dylan was born March 17, 1993 in Cannon Falls, the son of Denell (nee Watson) Johnson and Bryan Johnson. Dylan was a one of a kind kid with a big heart who made friends young and old everywhere he went. He was quick to flash his bright smile and greet you with a joke or a personalized nickname. Often, the smile came with a twinkle of mischief in his eyes. As just a middle school kid, he started mowing lawns and shoveling walks and drives around Cannon Falls and he would remain an entrepreneur all of his life, working hard at multiple jobs and known to friends as the "King of the Side Job". He was always wheeling and dealing, and thinking outside the box. He was fascinated by the demolition derby at the Cannon Valley Fair. As a child, he would take a hammer to his matchbox cars, tape out an infield on the floor at home, and play demo derby for hours. At age 16, with the help of friends, he started building real demo derby cars and entering derbies himself. He was happiest designing, welding, torching, banging, and problem solving on derby cars with friends in the shop. Snowmobiles, four-wheelers, pick-ups, trailers, tractors, backhoes, Bobcats, tow ropes and anything that kept him on the go and in the outdoors with friends and family were also favorites of Dylan. He was at ease covered in mud and/or grease. Dylan worked hard, and played even harder. Dylan had true brotherly love and always looked out for his younger brother Derek (D.J.). He was proud that Derek was going to college. He was fun loving and full of life, and would do anything for his many friends. In his death, he gave again as a tissue donor. He made a mark, living a lot in his short years. He is survived by his mother, Denell; father, Bryan Johnson; brother, Derek, all of Cannon Falls. He is also survived by his grandparents, Imogene & Richard Symes, Dennis Watson, JoAnn Johnson; Aunt & Uncle Denise (Doug) Krell, and Uncle Kim Johnson; cousins, Steven (Kelly Tomschin) Krell, Sarah (Adam) Longeran, and her children, Daniel & Amber; and many, many friends. He is preceded in death by his grandfather, David Johnson.

To order memorial trees or send flowers to the family in memory of Dylan Johnson, please visit our flower store.