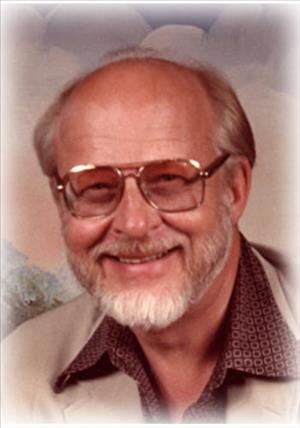 Emil Daniel "Dan" Burrs, age 78 of Cannon Falls, died on Thursday afternoon, December 15, 2011 at the Cannon Falls Medical Center. Dan was born on December 27, 1932 in West Concord, MN, the son of Emil Paul and Olga (Frekhaug) Burrs. Dan served with the U.S. Air Force during the Korean Conflict from 1951 until his honorable discharge in 1955. He worked as an engineer and later as an engineering manager for IBM, Control Data, Greco and FMC. Dan was a member of First Baptist Church in Cannon Falls. He wrote for the Cannon Falls Beacon. Dan loved to sing. He sang with the Apollo Club (a men's choral group) and gave many concerts at Orchestra hall as part of that group. He loved his farm and animals, especially, Chance, his dog. He was an avid Vikings fan and loved sports in general. He is survived by his children, Karen (Bruce) Anderson, Mark (Colleen) Burrs, and Gary Burrs; grandchildren, Janna and Emily Anderson, Daniel and Jeremy Burrs, Joshua Robl, Mark, Joshua, Jonathan, and Michael Burrs, Josiah Burrs, as well as, great grandchildren, a niece and nephew. He was preceded in death by his parents and brother, as well as, his son, Dan, on March 4th, 2011. A memorial service will be held on Wednesday, December 28 at 3:00 p.m. at First Baptist Church in Cannon Falls, with Pastor Bradley Berglund officiating. Memorials are preferred to the family to help with expenses. Checks may be addressed to Karen Anderson. Interment with military honors will be held on Friday, December 30 at 10:00 a.m., Assembly Area #2 at Fort Snelling National Cemetery.

Meet at Assembly Area #2... Military honors will be provided.

To order memorial trees or send flowers to the family in memory of E. Burrs, please visit our flower store.