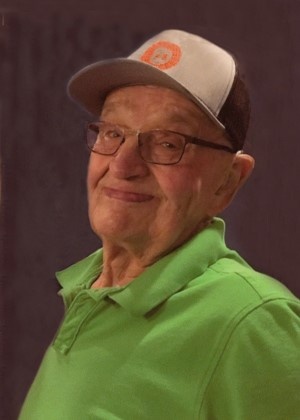 Earl Arvid Molstrom was born on May 26, 1937 in Red Wing, the son of Arvid and Mae (Norelius) Molstrom. He grew up in Cannon Falls and graduated from Cannon Falls High School. Following school Earl served his country in the United States Army in 1957 - 1958 serving part of his time in Korea. On September 21, 1963, Earl was united in marriage to Deanne “Dee” Clapp at Minneola Church. They made their home in Cannon Falls until 2001 . They then moved to Hastings to be closer to their children and grandchildren. Earl was a Life Member and Past Commander of the VFW Post 4552 in Cannon Falls. He was also a Past President of the Oxford Sportsmen’s Club. Earl enjoyed gardening, taking care of his children’s pets when they were out of town, and adored his grandchildren. He loved going to all of their sporting events and activities. Earl and Dee were able to travel, and their last trip together was with the Senior Center in Cannon Falls to Colorado Springs, where Earl had been stationed at Fort Carson military base. Earl had a strong faith; traditions and being with family were important to him.

A graveside committal service at the Cannon Falls Cemetery will be held, Saturday, July 11, to at 11:00 am. Military honors will be accorded by the Cannon Falls Honor Guard. Lundberg Funeral Home of Cannon Falls is assisting the family. In lieu of flowers, memorials are preferred to Our Saviour’s Lutheran Church, Hastings, Minnesota or Moments Hospice, Golden Valley, Minnesota.

To order memorial trees or send flowers to the family in memory of Earl Molstrom, please visit our flower store.