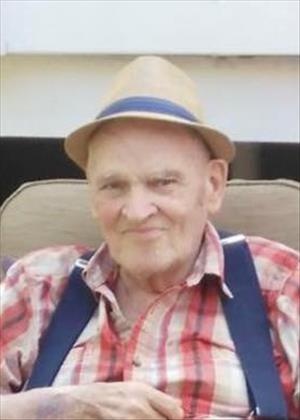 Edward G. Robinson, age 79, of Red Wing, died peacefully at his home on April 17, 2017. Edward George Robinson was born on December 2, 1937 in Farmington, the son of Henry and Lily (Johannson) Robinson. He grew up in Cannon Falls, graduating from Cannon Falls High School in 1956. Following school Ed went to work for the Koch Refinery where he worked for 33 years, retiring as a Shift Foreman. On July 11, 1959 Ed was united in marriage to Judy Franklin at St. Ansgar's Lutheran Church. He also farmed while his children were growing up. Ed was a member of St. Ansgar's Lutheran Church. He enjoyed having coffee with his friends at the Cannonball, going to his children and grandchildren's sporting events and activities, doing carpentry work, and playing golf. Ed also liked watching sports on television, especially the Minnesota Vikings. Survivors include his wife Judy, sons Scott Robinson, Tim (Utra) Robinson, Dan (Missy) Robinson, Steve Robinson, and Chris (Katie) Robinson; 20 grandchildren and many great-grandchildren. Other survivors are his brother Clark Robinson and sisters Marie (Wayne) Spiedal, Judy Ryan, and Dorothy (Jerry) Thorpe, as well as many nieces and nephews. Ed was preceded in death by his parents, his brother Paul Robinson and his sister Jeanie Robinson. Memorial services will be at 11:00 am, Monday, April 24, 2017 at St. Ansgar's Lutheran Church in Cannon Falls. There will be a visitation one hour prior to the Service. Memorials may be directed to the American Cancer Society.

To order memorial trees or send flowers to the family in memory of Edward Robinson, please visit our flower store.