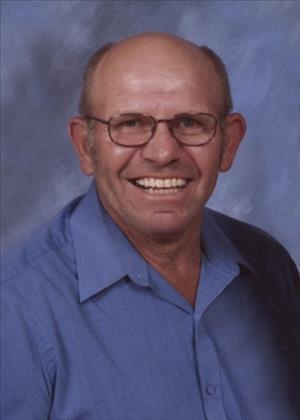 Eldon LeRoy Hinsch, age 74 of Goodhue, MN died peacefully on Thursday morning, April 28, 2016 at the Zumbrota Health Care Center. Eldon was born on February 15, 1942 in Red Wing, MN the son of Edwin and Verona (Vieths) Hinsch. He was baptized on March 2 that same year. He first attended District 118 before finishing grade school at St. John's Lutheran School. He was confirmed May 13, 1956. He attended Goodhue High School and was active in FFA and 4-H. He graduated in 1960, and went on to serve with the National Guards. During this time, he also dairy farmed with his father and brothers, and later with his son. He married Kaye (Nelson) Hinsch on August 2, 1968 at St. John's Ev. Lutheran Church in rural Goodhue, where Eldon was a life-long active member. He served on the school board and was an elder. Shortly after the Goodhue Lion's Club was chartered, Eldon became a member. He was a dedicated Lion's member and had perfect attendance for more than 45 years. He served on the board of several area cooperatives. Eldon also encouraged many area veterans to attend the Honor Guard Flight to see the WW II memorial in Washington DC. Eldie enjoyed playing cards and cribbage, and he and Kaye have been in card club for most of their married life. He enjoyed family vacations and even took his family to Super Bowl XI when the Vikings played the Raiders. He enjoyed his time with friends and family, including smelt runs, dehorning cattle, fishing trips, visiting shut in's and especially spending time with his grandkids. He was an avid fan of the Goodhue Wildcats. He will be remembered most by his family as someone who loved to socialize, was quick with a joke, greeted everyone with a smile, and never met a stranger! God bless his memory. He is survived by his wife of over 47 years, Kaye; his children, Nancy (Jim) Lillis of Upper Marlboro, Maryland, Mike (Ann) Hinsch of Goodhue, and Mary (Warren) Josephson of Farmington; 6 grandchildren, Phillip Trelstad, Stephani (David) Jones, Jason Trelstad and Alyssa Trelstad, Cassandra and Jessica Hinsch; 6 great-grandchildren, Annika, Emily, and Lincoln Trelstad, Daniel, Logan, and Kylar Jones; sisters and brother, Dorothy Sorenson of Ashby, John (Janice) Hinsch of Red Wing, and Karen (Wayne) Rebischke of Adel, IA; sisters–in-law and brothers-in-law, Joan Hinsch of Goodhue, Susan (Larry) Skillestad of Rochester, and Ken Welliver of Tucson, AZ; and many nieces and nephews. He was preceded in death by his parents; daughter, Jane on July 6, 2006; two infant sisters and brothers, Duane and Leon Hinsch; brother-in-law, Arlen Sorenson and sisters-in-law, Sally O'Brien and Elaine Welliver. Visitation will be held on Sunday, May 1 from 4-8 p.m. at St. John's Ev. Lutheran Church in rural Goodhue. Funeral service will be held on Monday, May 2 at 11 a.m., with visitation from 10-11 a.m., at the church. Interment with military honors will follow at the church cemetery. Active pallbearers will be Steve, Scott and Chad Hinsch, Russell and Klair Sorenson, and Jonathon Hinsch. Honorary pallbearers will be members of the Goodhue Lion's Club.

To order memorial trees or send flowers to the family in memory of Eldon Hinsch, please visit our flower store.