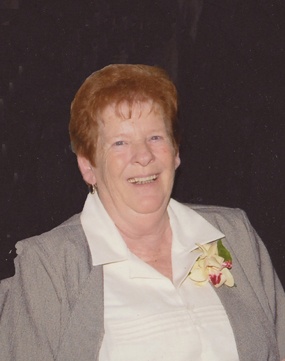 Vicky was born on October 8, 1942 in Faribault, the daughter of Simon and Ethel (Schones) McBride. She attended school in Faribault and Northfield. Later in life, she accomplished her goal of getting her GED in 1996.On March 7, 1960 Vicky was united in marriage to George L. Duncan in Strawberry, Iowa. They were married for 55 years before his death. Vicky worked at Wright Way packaging, Odd Fellows, College City Motel, St. Olaf, and Treasure Island. She loved thrift stores, going to garage sales, planting flowers, jewelry, nature and puzzles; but her greatest love was her family.

Memorial services will be Thursday, July 25 at 2:00 pm at Urland Lutheran Church, 6940 Co. 9 Blvd, Cannon Falls, MN  55009. The visitation will also be on Thursday, from 12:00-2:00 pm at the church. Interment will be in the Cannon Falls Cemetery. Lundberg Funeral Home of Cannon Falls is assisting the family.

To order memorial trees or send flowers to the family in memory of Ethel "Vicky" Duncan, please visit our flower store.