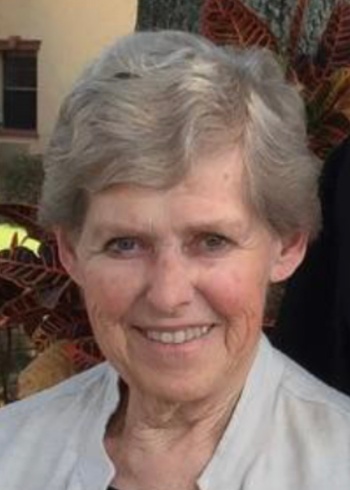 Liz was born on September 26, 1934 in Forest City, IA, the daughter of Walter and Frances (Jacobson) Carson. She grew up there and graduated from Forest City High School in 1952. She then attended Waldorf College and entered nursing school at Lutheran Deaconess Hospital in Minneapolis, graduating as an RN in 1956. Liz worked for Lutheran Deaconess and the hospitals in Litchfield and Paynesville during her career. In March of 1957 Liz met James “Jim” Olson and the two began dating later that year. On June 21, 1958, Liz and Jim were united in marriage in Forest City, at the Immanuel Lutheran Church. She and Jim volunteered for the last 20 years working on church camps, helping build churches, and helping victims of natural disasters such as hurricanes Katrina and Ike. She would paint or do other odd jobs alongside of her husband. Liz loved to travel, to read, enjoyed attending concerts, taking long daily walks and most especially treasured time spent with her family. Christmas was a very special holiday for her.

To order memorial trees or send flowers to the family in memory of F. Elizabeth “Liz” Olson, please visit our flower store.