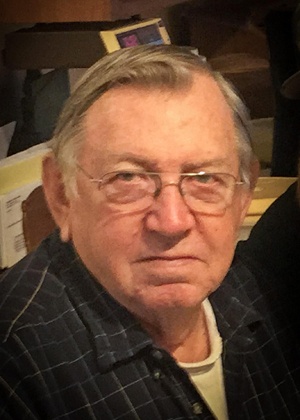 F. Evans Josephson, 88, died at his home on Sunday, February 27, 2022, of multiple myeloma (cancer in his bone marrow).  He was born August 20, 1933 to Emil and Florence (Jackson) Josephson in Red Wing, MN.  He was baptized, confirmed, and will be buried at his life-long church home, Vasa Lutheran, Vasa, MN.

Evans married Norlene (Lawson) at Holden Lutheran Church (Kenyon, MN) in 1963.  Until his cancer diagnosis, Evans and Norlene lived on their farm near White Rock, where they raised their children.  Norlene taught school and Evans farmed.  Through the years, he also worked hauling milk to the local Vasa and Belle Creek Creameries, and later hauling livestock for Elmer Pagel.  Evans was very proud of his Swedish heritage, loved to read, and enjoyed coffee with friends and family, or a good farm auction.  Before marrying and starting a family, Evans had served honorably in the U.S. Army, stationed in the U.S. from 1954-1956.  He was always proud of the military service of the generations of his family and community.

Evans and Norlene moved from their farm to Cannon Rivers Senior Living in Cannon Falls following Evans’ cancer diagnosis and treatments.  It was a huge change for Evans but he quickly came to enjoy the good friends and conveniences there.  Evans’ family is very grateful to the staff at Cannon Rivers Senior Living, Mayo Health System, and Moments Hospice for the excellent, compassionate care they provided him.  It allowed him and his family to enjoy his strong independence until the final few days of his life.

Evans is survived by his wife of 58 years, Norlene of Cannon Falls; two sons, Jim (and Theresa) of White Rock, and Dan (and Allison) of Cannon Falls; and one daughter, Sue (and Gary) Duden of Nerstrand; six grandchildren, Krystal (and Quinton) McBride, Katie (and Alec) Hervey, Karen (and Matt) Berg, Amanda (and Trevor) Hodgman, Brady Chicos (and Ellen Kurtz), and Dylan Tupa (and Cierra Swenson); and three great-grandchildren, Paycen and Sienna Hodgman, and Oscar Berg.

Evans was preceded in death by parents Emil and Florence Josephson, and all of his siblings, Ardyce, Willard, Wendell, Wesley and Joyce.

Evans chose to be cremated, and his memorial service will be held on Monday, March 7 at 11:00 am, with visitation from 10-11 am, at Vasa Lutheran Church. Pastor Maureen Hagen will officiate. This service will be live-streamed and available to watch below. Honorary urn bearers will be his grandchildren. Memorials are preferred to the Vasa Lutheran Church or the Vasa Museum. Interment with military honors will be held at a later date at the church cemetery.

To order memorial trees or send flowers to the family in memory of F. Evans Josephson, please visit our flower store.