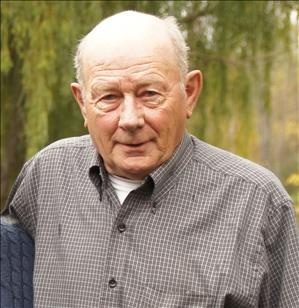 Francis Nelson, age 73, of Cannon Falls passed away unexpectedly April 4th, 2015. He was born February 20th, 1942 to Leonard and Lillie Nelson in Cumberland, Maryland. Francis, the oldest of two children, moved with his family to the rural Sogn Valley area of Cannon Falls in 1946. After graduation from Cannon Falls High School, Francis attended classes at St. Mary's University in Winona, then enlisted in the Army Reserves. A few years later, Francis went to Alaska to work for the Usibeli Coal Mine and enjoyed spending time outdoors there with his Cousin John. Eventually, the draw of a small family farm in Minnesota brought him back to settle in the area he grew up in. Francis met his wife Bernie at a polka dance, and were soon after married August 19, 1978 at St. Michaels Catholic Church in Farmington, MN.

Francis and Bernie raised three boys, Joel, Jerry, and Steven on their farm south of Cannon Falls. Francis ran a dairy farm at the home location until 1988, and continued on farming crops until the day he died. As one of the older living residents of the valley, his advice was often sought after by farmers and friends alike. Francis will be remembered for his kindness and willingness to help out anyone that needed it. Francis liked people. He thoroughly enjoyed and appreciated the wealth of friends in the community that did everything from farm to have a cup of coffee and converse with him.

He is survived by sons, Joel (Chrissy) Nelson, Jerry (Kari) Nelson, Steven (Lisa) Nelson; grandchildren, Isaac, Micah, Charlie, Avery, Lily and Jack; siblings Rosemary (Mike) Heinrich; with several cousins, extended family, and friends. He was preceded in death by his parents, Leonard and Lillie Nelson, and wife, Bernie Nelson. Funeral Mass will be Friday, April 10th at 11:30 AM, at St. Pius V Catholic Church with 2½ hour gathering prior to service. Burial of cremated remains to follow at church cemetery. In lieu of flowers and per Francis' wishes, memorials are preferred.

To order memorial trees or send flowers to the family in memory of Francis Nelson, please visit our flower store.