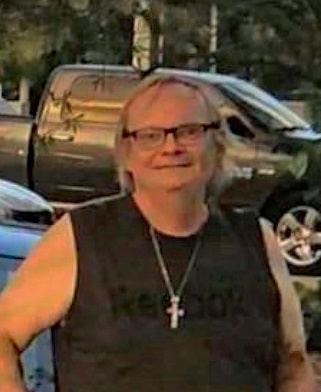 Gary Dennis Hynden was born on October 24, 1958 in Hastings, the son of Dennis and Viola (Salz)l Hynden. He lived in Hastings until 1966 when his family moved to East Meadow, New York. They later moved to Maryland, where Gary graduated from Lackey High School in 1978, and from Georgetown University. Gary worked in Health Care as an Emergency Medical Technician. In the mid 1980’s, Gary moved to Florida where he eventually retired due to illness. He liked playing the drums and was in a fife and drum corps as a youngster. Gary was a car guy. He especially liked Camaros and Firebirds. Another love he had was for the music of the Beatles. He saw Paul McCartney in concert twice. He was a man with a very strong faith, and was Godfather to his nephew, Robert Marsilio.

Survivors include his sisters Gloria Jean Marsilio and Marlene Yvonne Agruso; as well as nieces and nephews Angela Barry, Robert Marsilio, George Aprigliano, and Valerie Falzone. He was preceded in death by his parents.

Memorial contributions may be made to St. Jude Children’s Hospital in memory of Gary.

Mass of Christian Burial will be on Tuesday, March 3 at 11:00 am, at St. Mathias Catholic Church, 23315 Northfield Blvd, Hampton, MN 55031. There will be a visitation at the church from 9:30 am until the time of the service on Tuesday. Interment will be in St. Elizabeth Ann Seton Cemetery in Hastings. Following the committal service at the cemetery, all are invited to a luncheon at the home of Gene Dohmen. Lundberg Funeral Home of Cannon Falls is assisting Gary’s family.

To order memorial trees or send flowers to the family in memory of Gary Hynden, please visit our flower store.