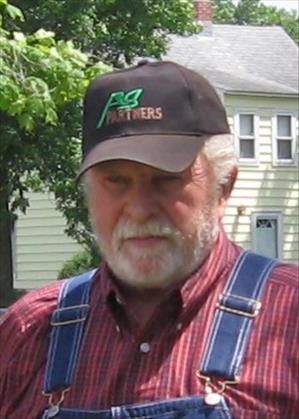 Gary Eugene Sheets, age 67 of Cannon Falls, died unexpectedly on Monday, January 26, 2015 at St. Mary's Hospital in Rochester. Gary was born to Wayne and Muriel (Frisell) Sheets on June 11, 1947 in Northfield, MN. He attended Cannon Falls Public Schools, graduating in 1965. He served with the US Army from 1967-69 during which he served in both Thailand and Vietnam. He married Ona Meyer on May 4, 1968 in Webster, MN. Following his honorable discharge, he worked for many years at Cannon Plumbing and Heating. He later worked for the City of Cannon Falls in the maintenance department, retiring in June, 2009. He later spent time with his horses and working in the garden. With the exception of about 5 years, he lived on the family farm on which he literally built his new house himself (with a little help from others.) He dug the basement May, 1989 and moved in May, 1990. During his life he was always around horses, only the size changed from time to time. He started out with his dad's Shetlands, moving up to riding horses, then on to the Percherons, and later scaling back to Standard Bred (harness racers.) He did his own training of the race horses at the track in Cannon Falls. He was really proud when his first filly he trained, "Track Attack", took first place on her very first race at the 4th of July races in Cannon Falls. Gary was preceded in death by his parents, Wayne and Muriel Sheets. He is survived by his wife of over 46 years, Ona; two sons, Scott of Cannon Falls and Ken (Tammy) of Randolph; two grandchildren, Abbie Sheets of Minneapolis and Blaine Sheets of Randolph; two step grandchildren, Amber Titel of Cannon Falls and Matt "Wally" Titel of Cannon Falls. His grandchildren were really important to him! He loved them all! He is also survived by brother, Roger (Joyce) and sister, LuRene (Jerry) Taube, all of Cannon Falls; and nieces, nephews, many friends, and extended family members. Visitation will be held on Friday, January 30 from 4-7 p.m. at Lundberg Funeral Home in Cannon Falls. A funeral service will follow at 7 p.m., with Pastor Gary Schulz officiating. Honorary pallbearers will be Dave Pagel, Blaine Husbyn, Jim Reiman, Jerome Johnson, Scott Freier, Mike Niebur, Jerry Pedersen and Jerry Taube.

To order memorial trees or send flowers to the family in memory of Gary Sheets, please visit our flower store.