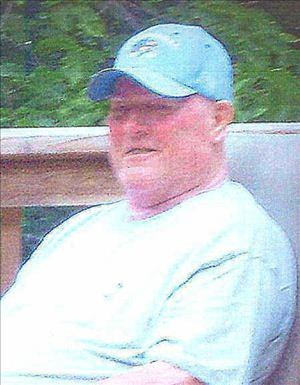 George Gilbert Schadewald, age 75 of Cannon Falls, died on Saturday afternoon, April 7, 2012 at Cerenity-Humboldt Care Center in St. Paul. George was born on March 9, 1937 in Duluth, the son of Walter and Kathryn (Van Patton) Schadewald. He graduated from Duluth Central High School in 1955 and went on to serve with the U.S. Naval Reserves. He married Judy Lillo on August 17, 1957 at the Zion Lutheran Church in Duluth. They moved to Cottage Grove in 1963 and later to Cannon Falls in 1988. Together they raised four children. George retired from the South Washington County School District in 1996 where he worked for many years as a custodian and groundskeeper. He was a former member of the Cottage Grove Police Reserve and Minnesota State Fair Police. He was a member of Spring Garden Lutheran Church. He enjoyed watching the birds and turkeys, grilling bratwurst, watching the Minnesota Twins, his dogs, and his tennis shoes. He enjoyed the outdoors and always kept an eye on the weather. He loved delivering newspapers on the many paper routes he had throughout the years. He loved spending time and taking care of his family. He will be greatly missed. He is survived by his wife of 54 years, Judy; son, Terry (Becky) Schadewald of Cottage Grove; daughters, Cyndi (John) Holton of Cannon Falls, Wendy (Bob) Middaugh of Victoria and Brenda Schadewald of Cannon Falls; grandchildren, Jason Staskus, Jennifer Staskus, Stephanie (Cory) Corrente, Tiffany Staskus, Trevor Holton, Travis Holton, Katie Schadewald, Lindsey (Zach) Yzermans, Anthony Sailer, Courtney Sailer, and Jordan Schiernbeck; great-grandchildren, Mason Theis, Nico Corrente and Kinsey Yzermans; sisters-in-law; Jan Schadewald, Joanne Lillo and Barb Lillo; stepmother-in-law, Anita Lillo-Bloomberg; and many nieces, nephews and cousins. He was preceded in death by his parents and brothers, Fred and Will Schadewald. Funeral service will be held on Friday at 11:00 a.m. at Spring Garden Lutheran Church, with visitation from 10-11 a.m. Burial will be held immediately following the service at Spring Garden Lutheran Cemetery. Honorary pallbearers will be Jennifer Staskus, Stephanie Corrente, Tiffany Staskus, Trevor Holton, Travis Holton, Katie Schadewald, and Jason Staskus. The family would like to thank all the caring staff at United Hospital, Bethesda Hospital and Cerenity-Humboldt Care Center.

To order memorial trees or send flowers to the family in memory of George Schadewald, please visit our flower store.