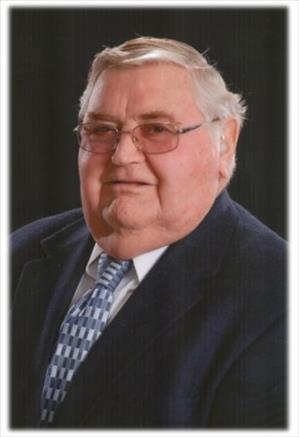 Gerald A. "Jerry" Irrthum, age 76 of Cannon Falls, died Saturday, December 29, 2012 at his home surrounded by family. Mass of Christian Burial will be 10:30 am Thursday, January 3, 2013 at St. Pius V Catholic Church, 410 Colville, Cannon Falls. A visitation will be held on Wednesday from 4:00-8:00 pm at the Lundberg Funeral Home, 5839 Hwy 19 Blvd, Cannon Falls and also for one hour prior the service at church. Gerald Alois Irrthum was born January 16, 1936 in Hampton Township to John P. and Gertrude (Hoffman) Irrthum. He was a graduate of Randolph High School in 1956. Jerry was united in marriage to Mary Kay Nicolai on June 24, 1961. He was blessed with four children, Jeffrey Herbert, James Patrick (deceased), Jeralyn Mary and Jeremy John. They were the pride and joy of his life. Jerry purchased his father's farm and ran a dairy operation for many years. When he retired, he started Deutsch Hollow Antique Store, which he operated for nearly 10 years. One of his favorite pastimes was going to auctions, picking up antiques, and refinishing the antique wood furniture he purchased. He loved the camaraderie with the people with whom he bought and sold antiques, and the many people he met at auctions. Survived by wife Mary of Cannon Falls; three children, Jeffrey (Leslie), Jeralyn (Gregg Radecki) and Jeremy (Kristin); grandchildren, Chaz Gerald, Cayla, Serena and John; sister, Doloris Irrthum; brothers, Paul (Sara) and Walter; mother-in-law, Irene Nicolai and many nieces and nephews. He is preceded in death by his infant son James; parents; sister, Veronica; brothers, Raymond and John; father-in-law Herbert P. Nicolai. Memorials may be directed to the Cannon Falls Food Shelf.

To order memorial trees or send flowers to the family in memory of Gerald Irrthum, please visit our flower store.