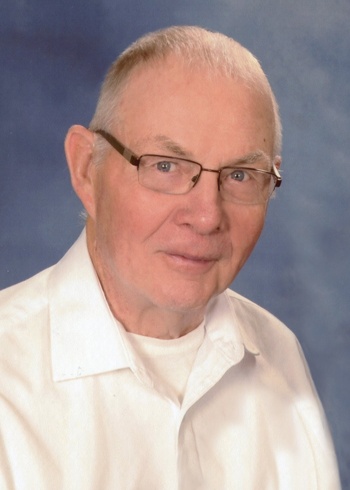 Jerry was born on October 24, 1943 in Volga, South Dakota, the son of Elvin and Esther (Terkelsen) Pedersen. He attended country school his first 8 grades, and then attended Lake Norden, SD, until graduating from Cannon Falls High School in 1961. He went on to the University of MN, where he took drafting courses, and he later went to Dunwoody Institute, where he took tool and die courses.

He married Rose Pitts on June 29, 1963 in Madison, SD. They made their home in Cannon Falls, raised two children, and were members of First English Lutheran Church. Jerry was a devoted husband, father and grandfather. He spent most of his time with his wife and family. He demonstrated kindness, loyalty and empathy to everyone around him. He served in the US Navy from 1961 until his honorable discharge in 1964. He worked in tool and die at Point of Sales, which later became Cannon Equipment. He invented and patented the Magna Bar (grocery store display system) and the automatic milk cart washer, which was a successful financial windfall for Cannon Equipment. He retired in 2005 as the tool and die manager.

Jerry also raised and trained paint and quarter horses and was well known around the horse show circuit. One of his passions was trail riding with friends and family. He was a member of the Cannon Falls Ridge Riders Saddle Club.

He was preceded in death by his parents, Elvin and Esther; sisters, Shirley Bortness and Betty Koistenen; and brother, Larry Pedersen.

Visitation will be on Sunday, March 27, from 4-7:00 pm at Lundberg Funeral Home, 5839 Hwy 19 Blvd, Cannon Falls, MN 55009. The funeral service will be on Monday, March 28, at 11:00 am at First English Lutheran Church, 511 W. Belle St, Cannon Falls. There will be a visitation one hour prior to the service at the church on Monday. Interment with military honors will be in the Cherry Valley Cemetery in Stanton Township. Jerry's service will be live streamed and may be viewed by clicking on the link below.

To order memorial trees or send flowers to the family in memory of Gerald Pedersen, please visit our flower store.