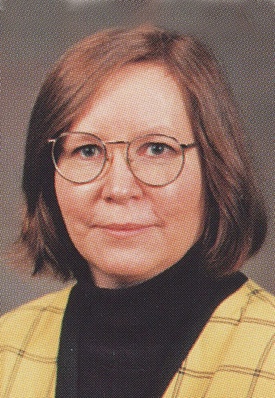 Geri Kay (Chester) Baumgartner, age 67, of Randolph died peacefully at her home on Sunday, October 28, 2018. She was born on March 9, 1951 in Hampton, IA, the daughter of Ray and Fay (Pirrung) Chester. In 1964 the family moved to Randolph Township. Geri graduated from Randolph High School in 1969.

During high school Geri worked as a waitress at Curt’s Cannonball, then as a realtor in Northfield. She was the Randolph town clerk for several years and was a cook at Angel’s Care Center. She was also part owner of Chester Enterprises, Inc. (Ray’s Service) a family-owned business, as well as part owner of a concession stand at Simon’s Horse Arena. Geri was a hard worker who took pride in her work. She was a member of St. Pius V Catholic Church in Cannon Falls, and had been a member of the Randolph Lions Club and the Randolph Historical Society. An avid animal lover, she always talked about how, if she ever made a lot of money, she would start an animal rescue ranch.

Geri was preceded in death by her parents Ray and Fay Chester. Survivors include her sisters Carolyn Chester of Randolph and Barbara (Roger) Larsen of Randolph, son Nicholas Sullivan of Randolph, nieces Erica (Bill) Minnehan of Northfield and Natalie (Jonah) Groenke of Dennison, a great-niece, four great-nephews, and her precious cat Mini Gal.

Interment will be in Lakeside Cemetery, Randolph.

To order memorial trees or send flowers to the family in memory of Geri Baumgartner, please visit our flower store.