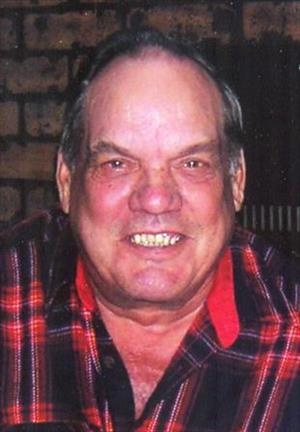 Gordon D. Friedrich, age 76 of Cannon Falls, Minnesota died Friday February 8, 2013 at the Northfield Hospital in Northfield. A memorial service will be held at 11:00 am Tuesday, February 12, 2013 at Lundberg Funeral Home, in Cannon Falls with visitation for one hour prior at the funeral home. Inunrnment will be in the Cannon Falls Cemetery with military honors. Honorary bearers will be Gordy's grandchildren and great-grandchildren. Gordon "Gordy" Friedrich was born January 8, 1937 in Red Wing, Minnesota to Christ and Clara (Hinrichs) Friedrich. He was baptized in January 1937 and confirmed in May 1951 in Zumbrota and graduated from Zumbrota High School in 1954. After high school he entered active duty with the US Army and honorably served his country until he was discharged in 1962.

He worked for International Harvester until April of 1971 and then started his own masonry/construction business. On November 17, 1979 he was united in marriage to Barbara Almen in Watertown, South Dakota. Gordy retired in 2002 which allowed him more time to enjoy his love of fishing, hunting and gardening. He was a member of the National Wildlife Turkey Association, Lion's Club, Sportsman's Club and VFW member. He also showed a special interest in watching football and wildlife and was also an avid Cribbage and Euchre player. He is survived by eight children Crystal Meyer of Northfield, Gale Friedrich and Jan (Wayne) Wilmes, all of Waterville; Teresa (Clifford) Ennis of Faribault, Larry Jr. (Michele) Borst of Rochester, Michael (Connie) Borst of Faribault, Lisa (Scott) Engen of Castle Rock, and Todd (Renee) Almen of Faribault; 24 grandchildren and 22 great-grandchildren; siblings, Larry (Ditty) of CA, Linda Hess-Womak of CA, Gladys Smith of Byron, MN, Lorraine (Chuck) Peterson of WI, Sharon Booth of AZ, Chris (Diane) and Wayne (Sandy) all of Zumbrota, MN; many nieces and nephews; and loving brothers-in-law and sisters-in-law. He was preceded in death by his wife in 2012; parents; sister Eleanor and brothers, Orville, Vern, Donny, Alton and Arthur.

To order memorial trees or send flowers to the family in memory of Gordon Friedrich, please visit our flower store.