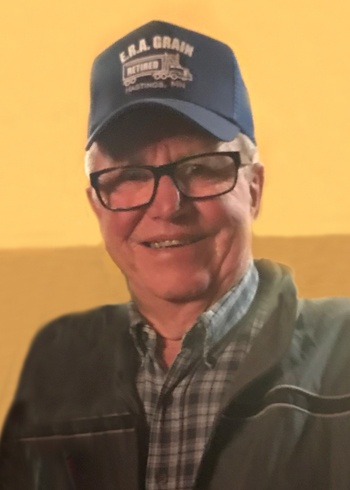 Gordon was born on December 27, 1932 in Cannon Falls, the son of James and Ethel (Smith) Mills. He graduated from Cannon Falls High School in 1951 and went on to serve with the US Army during the Korean Conflict. Upon his honorable discharge in 1955, he returned to work at Armour Meat Packing in South St. Paul for many years.

He married Nancy Garrison on December 20, 1961 at the Little Brown Church in Nashua, IA. They started dairy farming and raised their family on the farm. His milk house was a place for friends and neighbors to gather! He also enjoyed fishing and hunting.

While a man of few words, he was one of the wittiest you’ll meet, with a smile on his face, always! He will be greatly missed.

He was preceded in death by his parents and sister, Gloria Skog.

The family prefers no flowers. Memorials may be given to donor's choice.

Interment with military honors will be at a later date at Fort Snelling National Cemetery.

To order memorial trees or send flowers to the family in memory of Gordon Mills, please visit our flower store.