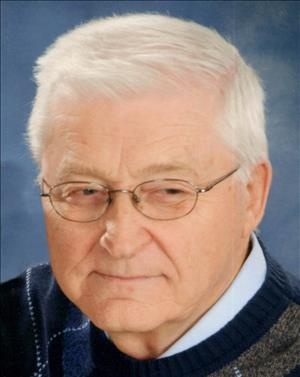 Gordon "Gordie" Dean Schroeder, age 75 of Cannon Falls, passed away peacefully on January 8, 2016 at his home surrounded by his loving family after a long battle with cancer. Memorial mass will be 11 am, Saturday, January 16, 2016 at St. Pius V Catholic Church with visitation one hour prior. Interment will be at the Oak Hill Cemetery in Clinton Falls, Minnesota at a later time. Gordie was born near Waseca, Minnesota on October 24, 1940 to Harold and Dorothy (Swenson) Schroeder and graduated from Fulda High School in 1958. He went to work with his dad in Fulda, Minnesota at Schroeder Scale Service where they installed and repaired grain elevators for a few years. He was united in marriage to Carole Wenzel at St. Peter and Paul's Catholic Church in Mankato, Minnesota on August 10, 1961 and made their home in Fulda for the next few years. Gordie worked at El Rancho Mañana near Cold Spring, Minnesota and also Gainey Arabians near Owatonna, Minnesota where he served as a horse hand. In 1968 he started working for Steele/Waseca Co-op as a lineman and eventually retired as Director of Operations in 2002. He served as a union steward for 12 years for IBEW and was president of the Medford Civic Club. Gordie was a member of the Ellendale Saddle Club and the Wanamingo Wood Carvers Club. He also enjoyed golfing, canoeing, riding horses, snowmobiling and horseshoes. Gordie and Carole enjoyed travelling extensively throughout the US via camper, houseboat, and motorcycle. Gordie is survived by his wife, Carole of Cannon Falls; sons Rick (Mary) of White Bear Lake, Randal (Beth) of Cannon Falls; grandchildren, Leigha (Matt) Lingen, Leslie, Jeremy, Ryan and Anna Schroeder. He was preceded in death by his parents; brother Duane and sister Nancy Meger.

To order memorial trees or send flowers to the family in memory of Gordon Schroeder, please visit our flower store.