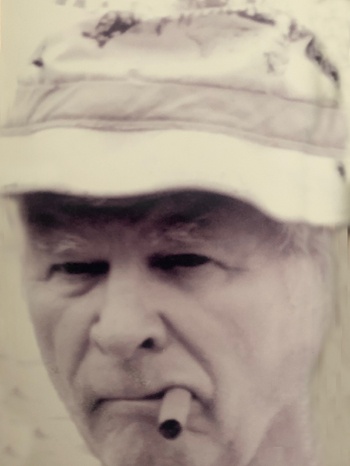 George Richard Dalton, 81, a lifelong resident of Cannon Falls, died on Saturday, May 2, 2020, two weeks after being diagnosed with acute mylogenous leukemia (AML).

Dick was born January 2, 1939, to George and Viola (Johnson) Dalton; he was the first baby born in Goodhue County that year. He was a 1957 graduate of Cannon Falls and a 1961 graduate of Gustavus Adolphus College in St. Peter. He still proudly wore his “G” ring from Gustavus.

Dick was an outstanding athlete, lettering in four sports at CFHS and participating in football at Gustavus. He is a member of the Cannon Falls High School athletic hall of fame.

Following graduation, Dick worked for two years with the Leslie Paper Company before returning to the Cannon Falls Beacon newspaper, which his great-grandfather Silas S. Lewis purchased in 1880. He was the fourth generation to lead the newspaper. In 1963 he married Kathleen Walden of St. Paul, and they made their home in Cannon Falls where they raised their three boys.

Dick was active in the Cannon Falls community. He was a member of the Jaycees, Rotary, the Cannon Valley Fair Board, and the First Farmers & Merchants Bank advisory board. He was a staple at the 9:30 coffee group, and looked forward to his Wednesday afternoons at the golf course.

Dick is survived by his wife of 57 years, Kathy; sons, Michael (Mary), Mark (Kristin Lund), and Craig (Amber McDowell); five grandchildren, Mackenzie, Madeline, Ethan, Emma, and Max; sister, Debbie Bowers; sisters- and brother-in-law, Brian and Nancy Walden and Karen Taylor; niece and nephew Tracey (Tom) Illies and Jeff (Kari) Bowers and their families; and all past and present employees of his family at the Cannon Falls Beacon.

He was preceded in death by his parents, George and Viola, and brother-in-law, Jerry Bowers.

A private family service will be held, with a celebration of life to follow when Covid-19 conditions allow. Memorials may be directed to the donor’s choice.

To order memorial trees or send flowers to the family in memory of G. Richard "Dick" Dalton, please visit our flower store.