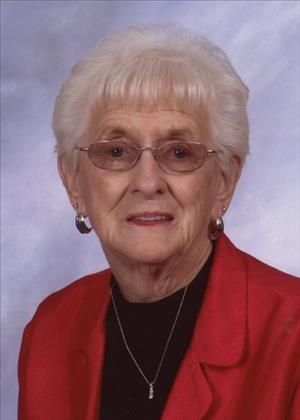 Harriet Orlanda Carlson, age 86 of Goodhue, MN died peacefully at home on Friday morning, September 11, 2015. Harriet was born on January 15, 1929 in Albert Lea, MN the daughter of Martin and Emma (Fremo) Westing. She graduated from Blooming Prairie High School in 1947, and married Elmer Carlson on July 20, 1957 in Blooming Prairie. They farmed together and raised two children, Keith and Tamara. Elmer died in 1984, and she later married Donald Trom on June 26, 1999 in Owatonna. He died in 2009. She was a member of St. Luke Lutheran Church in Goodhue, and was involved in Bible study and quilting. She also enjoyed singing and sang in several choirs, including St. Luke's Church Choir and Golden Tones of Owatonna. She loved being outdoors and enjoyed gardening, flowers, and watching birds.

To order memorial trees or send flowers to the family in memory of Harriet Carlson, please visit our flower store.