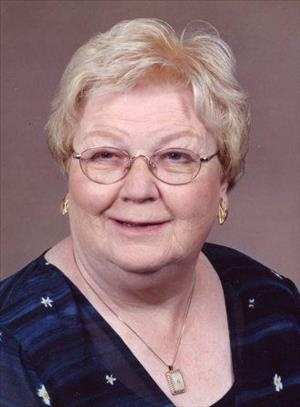 Hazel Ann (Quamme) Anderson, age 87 of Cannon Falls, passed away peacefully on Saturday, December 19, 2015 at Diamond Rehab and Living Center in Cannon Falls. Funeral will be 11:00 am, Wednesday, December 23, 2015 at Spring Garden Lutheran Church, 10239 County 1 Blvd, Cannon Falls. Visitation will be 4:00-7:00 pm Tuesday, December 22, 2015 at Lundberg Funeral Home, 5839 Hwy 19 Blvd, Cannon Falls and also one hour prior to the service at church. Interment will be in the church cemetery. Hazel Ann Anderson was born on May 16, 1928 to Henry and Anna (Soine) Quamme in Warsaw Township, Goodhue County, Minnesota and later baptized and confirmed at Vang Lutheran Church. Hazel was a graduate of Kenyon High School and after receiving her nursing degree from Franklin School of Nursing, was employed at Mineral Springs Sanitorium as an LPN. Hazel was united in marriage to Edsel Delmer Anderson on October 2, 1948 at Vang Lutheran Church and were longtime residents of White Rock. Hazel was employed for a short time at Midwest Importers as a clerk from 1969-1973. She was a talented seamstress with an eye for home decorating. Hazel and Edsel were active members of Spring Garden Lutheran Church.

Visitation will be held for one hour prior to the service at the church.

To order memorial trees or send flowers to the family in memory of Hazel Anderson, please visit our flower store.