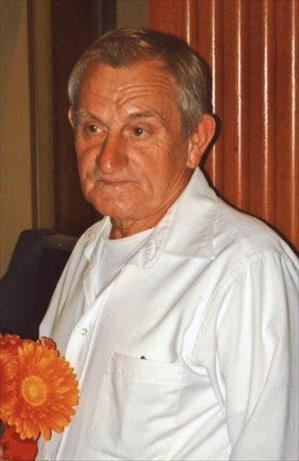 James "Jim" Carpenter, age 74 of Cannon Falls, passed away on December 25, 2015 at the Methodist Hospital in Rochester. Memorial service will be 11 am Saturday, January 2, 2015 at the Episcopal Church of the Redeemer, 123 N. 3rd Street, Cannon Falls. A visitation will be held on Friday, January 1, 2015 from 4-7 pm at Lundberg Funeral Home, 5839 Hwy 19 Blvd, Cannon Falls, and also at the church one hour prior. Interment will be at the Cherry Valley Cemetery. James Monroe Carpenter Jr. was born April 3, 1941 in Cannon Falls, Minnesota to James and Hazel (Stafford) Carpenter. He attended country school and graduated from Cannon Falls High School in 1958. Jim worked at the cheese factory in Hader, Minnesota for a short time before his marriage to Mary Cray on December 14, 1960 in Iowa. They resided in Cannon Falls where they enjoyed many years together while raising their family. He was employed at Brockway Glass in Rosemount for 27 years where he served as a foreman in the decorating department until 1988. He held miscellaneous jobs until his retirement in 1999. Jim was a collector of a variety of things through the years as well as a handyman and woodworker. He also enjoyed playing guitar, hunting, reading and going to garage sales. He loved pets and specifically enjoyed taking care of cats and birds. Jim is survived by his wife of 55 years Mary; daughter Kris (Babatunde) Ibitoye, son John (Debbie), daughter Donna (Paul Seguin) Carpenter, daughter Kathy Carpenter, and son Shawn (Wendy) Carpenter; grandchildren, Justin, Danielle, Arielle, Emanuel, Mary, Bobbi, Tiffany, Arline, John, Carol, Michael, Beth, Brent, Dan, Allyssa, Trace and Sorcha; great-grandchildren, Kaiden, Kinsley, Allisson, Jake, Aurora, Adrian and Aries. He is preceded in death by an infant daughter Tammy Lynn and his parents.

To order memorial trees or send flowers to the family in memory of James Carpenter, please visit our flower store.